There's no need to get upset, just pay attention to the dates of the posts:

General Software Discussion / Re: post your 5 most used applications in 2007 here! 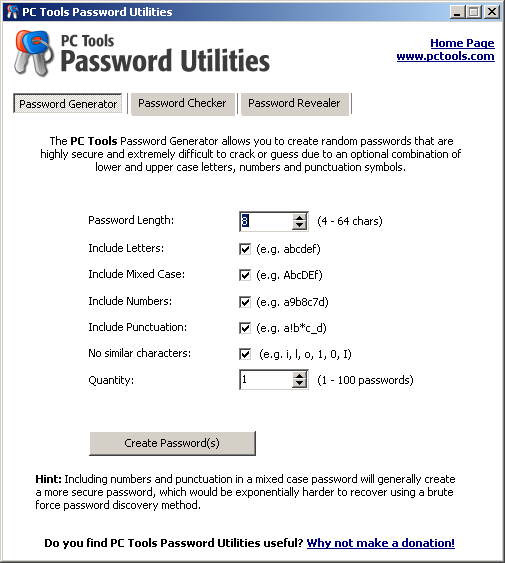 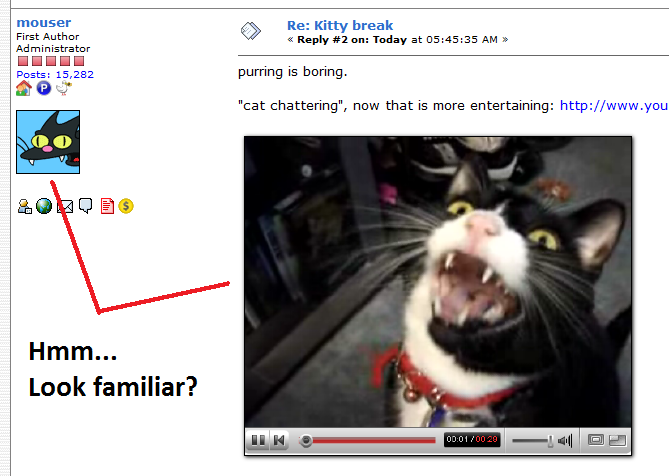 « on: March 20, 2008, 01:57 AM »
CodeTRUCKER:
I'm not a man who habors negative hidden feelings against someone and take surreptitious nasty actions against him, if I have a problem I either speak it out and have it resolved or choose not to worry it should resolution fail. I've consistently spoken out and taken open actions against Gri's activities (which are "weird, spammy, mostly incomprehensible and out of place/space", like f0dder said) and kept the admins notified, there isn't anything hidden. I moderate boards (also take preventive methods) to keep things clean on this forum so everybody will enjoy DC community and I don't have the luxury of going personal against anyone. Do we hate spammers and DOS their servers in retailiation? No, we just delete their spams and move on. Gri happened to be one of those who made life miserable for us (esp. for me), so I remember him, that is all.

You have made direct personal attacks against me publicly, well that's probably fine with me. I have no interest in more exchanges that might deeply upset folks here. But be warned that further attacks will be taken seriously.

'innuendo', or rather 'diplomatics', as mouser would say, is essential to every healthy and growing community. Everybody makes mistakes/blunders and annoy other people from time to time, often repeatedly (I'm no exception). I'd say something is much better left unsaid and forgotten as time goes by when you deal with community relations. I'm very outspoken person and I can be v v open, direct and public with you, but I choose not to, for it'll be unnecessary and hurtful.

Let's just calm down and move on to strict "technical" stuff, as folks on IRC chan kindly suggested, shall we?

EDIT: added first paragraph.
EDIT: I just promised mouser that I'll no longer participate in anything non-technical in this thread.

Truth be told, I don't think I'm a "Global Moderator" in essence and I often forget being one -- it was so arranged that I could remove some spams in time and move topics to appropriate boards for the folks here. Such chores, absolutely nothing political or distinguishing in 'class'.

I was actually upset about the merely possibility of this kind of topic evolving into a flame war and tried hard to prevent it from happening. I may have overdone it and it worked in an opposite way, not to benefits of anyone here.

To CodeTrucker: a diplomatic and efficient discourser who means to talk 'technical' might not have devoted so many words on marginally relevant stuff like 'Gri', 'Grivitation', 'tolerant mindset', etc. Yes, I might be too sensitive, but don't you think it'd be a far better idea to just talk, e.g. 'distributed load-balancing and backup'?

Well, if i were to demand more attention to this thread, honestly I'd do same.

Can't really say it's a good idea if calm of mind is voted for.
8

Wordzilla: with distributed, I meant in a unified way

Thanks for clarification. Well, let's make sure backups are made more often and on regular basis - does it solve the problem?
9

I'm not trying to discredit the idea, thou. The very fact that u described this "Grivation-like" paradigm makes me believe that this is how it will run if implemented, i.e. "Forcing everyone to browse 10+ individual forums for individual "decentralized" posts." -- based on what we experienced with Gri's posts.
10

« on: March 19, 2008, 09:14 PM »
Forcing everyone to browse 10+ individual forums for individual "decentralized" posts in order to get the whole of the thread borders on abuse.

ps. It's probably wrong to believe that a person who behaves in weird ways must have some genius traits or high IQ that are above and beyond common people. More than often 'weird' just means mentally messed up, and is by no means a synonym of 'geeky'.

« on: March 19, 2008, 08:47 PM »
I failed to see any need to ask DCer's to tolerate more of such spamming activities from Gri, or even the necessity to bring this issue up again. He's banned on numerous friendly and tolerant forums, including SimpleMachines.org. He repeatedly forces his incomprehensible ideas on people who have absolutely no interest and don't know a thing about what he's doing.

Back when I was involved with stopping his activities on DC, I'd seen quite a number of instances where he "required" forum members to set up his Gritnik (or whatever it's called) signature almost right after he joined those forums. Follow his "Grivitation" bread crumbs and you'll see what I mean -- what else can get more ridiculous?

And he's a hypocrite, who strongly advocates free speech superficially and do the very opposite when it goes against him. Josh and I made a dozen posts on his own Grivitation forum which he disliked. Now those postd are mostly deleted or modified. Also the forum signatures of Josh's and mine were modified without notification, to boost his "Grivtnik" propaganda. I'm not making all these up, join our IRC channel and ask the folks for the facts.

IMHO, it's not something any person with least respect for free speech would possibly do. It's both hypocritical and worthless, and do not justify attention from dc folks, let alone troubles and anxiety caused.
13

Living Room / Re: Find the forum post you're looking for with TWING

I had the privilege to host DC temporary site on my server during the downtime (just for the displaying maintenance notice), and.... believe it or not, the gzip'd text html page alone (not including the cody pic displayed) accounted for 4.01GB of traffic usage in mere 3 days.

Would it be possible to modify DCSMFSearch so that it also searches for attached files?

At the moment there is no way to search for any attached filenames etc, and it would be a great addition if it could be done?

I'll have to look into SMF tables that store attachments if this new feature is to be added. Dont know if there'll be an impact on search performance.

From my point of view, most attachment filenames are senseless.

Nope. Words are not treated differently based on their positions.
18

Living Room / Re: How many germs are living on your keyboard?

There are about 2,067,240 germs on your keyboard right now!
That's equivalent to the number of germs on 413 toilet seats.

DC Website Help and Extras / Re: Need some help with the search enhancer for SMF

Yes, default search requires all keywords in your query to appear in the same post or topic subject.

I had a look at the thread in question, and it didnt contain the word "Finding". The search engine, at this stage, does not automatically expand the query with synonyms, so if you look for a "required" keyword that does not exist in the target thread, it will not show up.

General Software Discussion / Re: Anyone else having random reboots with Firefox 2.0.0.11