« on: August 11, 2020, 04:40 AM »
Post removed, it turns out that it was a response by WindScribe to the "democratic" elections in Belarus ... and the subsequent internet restrictions.

Leave the code for the people, (Belarusians), that really need it ...
2

From long experience I'm always kind of suspicious of reports of files "mysteriously" disappearing ... especially when it concerns anyone older than me

One of the new mid-range phones using the SD765 5G SoC. 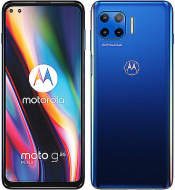 General Software Discussion / Re: What is the best format for preventing googlebot (et al) from indexing a website

Asking Apache is going to be the next step for sure.
I need to know what software doesn't work with Apache's .htaccess password control as that is why the problem came up to start with.

A couple of sites that we ran for this one client would not work for them becuase their systems blocked any sites we made that used .htaccess to ask for  a password.
-questorfla (July 16, 2020, 10:26 PM)

You don't use .htaccess for login/password control, you use it to filter out domains that shouldn't have access to the site.

Domains filtered get redirected to an error 403 document.
5

Thanks, surprised anyone still uses it.

How can I use a part of the file name in the new path in BSM?

You can't, filename and path are treated separately.

It's not apparent in your example whether the shortcut name is the same as the original filename, the new filename, or something different.  Can you clarify?

I've added the source code to my original post since I haven't touched AutoIt for years, (don't have it installed anymore - I prefer PowerShell these days since I don't have to install anything).
The version of AutoIt I was using, (3.3.8.0), is about 10 releases behind what is currently available so I'd expect either some functions are now incorporated into AutoIt or possibly break because something they rely on has changed.
6

Or you can use ffmpeg to concat the video:

Code: Text [Select]
If you've got access to Linux, (or use WSL), then you can also try untrunc.

BTW, it mentions that if the 'good' sample video was from the same device/source as the 'bad' video, then you'll have a higher degree of success.
8

Looks like the reincarnation of the old ScanEye site.
9

General Software Discussion / Re: What is the best format for preventing googlebot (et al) from indexing a website

You could add Google to that list, (and any other search engine).
10 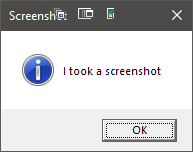 Found Deals and Discounts / So you missed out on going to Mars the last couple of times ...

Send Your Name to Mars! 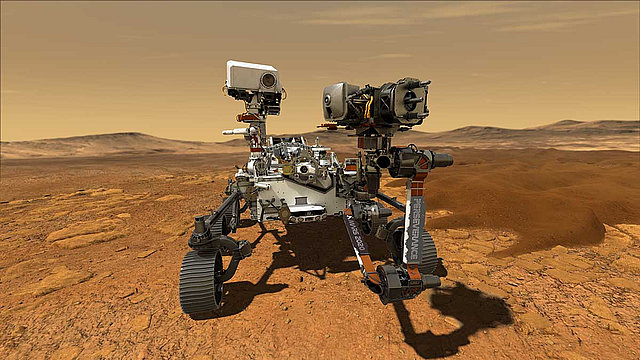 If you've ever wanted to send that obnoxious relative somewhere far away now is your chance! 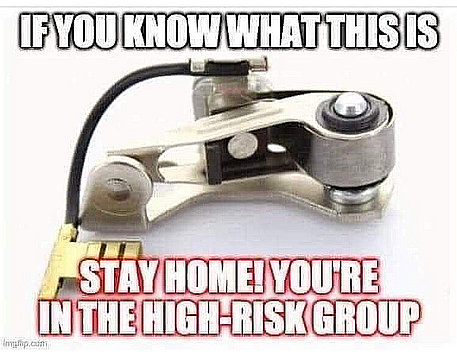 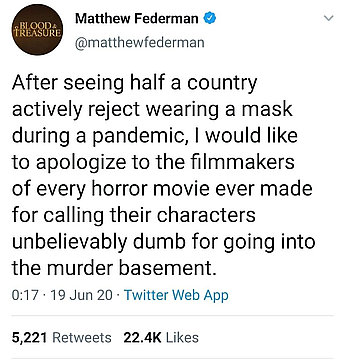 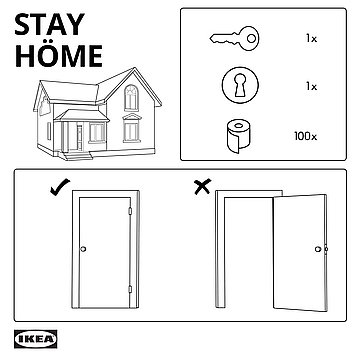 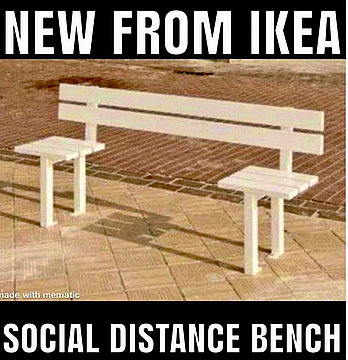 There always seems to be a fly in the ointment with every electronic device I purchase.  It is very frustrating.  I tried 3 sets of bud-like blue tooth headphones thinking they would at least be easier to carry.  None lasted more than two weeks.  They all instantly transitioned from working fine to dead door nail.
-MilesAhead (July 02, 2020, 09:25 AM)

My experience only with the G5+, it's audio output during phone calls is loud, very loud ... easily the loudest phone I've ever had.  It's like someone speaking directly into your ear at something a little louder than normal talking volume, I've never had a problem trying to hear what someone is saying no matter what environment I'm in.

Earphones, for wired I use MEE Audio M6P or the older MEE Audio M9P, (prefer the M6P's due to the memory wire retainer).

Bluetooth, (where to start):
Bluedio N2 (these were absolute rubbish, uncomfortable and low audio)
AWEI A960BL
Xiaomi Mi Bluetooth Headset
QCY Q26 (both these QCY sets and the SoundPEATS are a little too "square" to be really comfortable but the audio is good from all of them)
QCY T1C
SoundPEATS TWS
Tronsmart Spunky Beat
Tronsmart Onyx Free
OPPO ENCO Free (haven't tried these yet)

All the earphones/headphones still work fine, all except the Bluedio N2, (which I threw out after using once), have been used for months both on the phone, tablets, and computer.

The two Tronsmart sets are my current daily use earphones, one set for the tablet/phones, the other for the computer.  The M6P's are used when I have to wear ear protectors so I can listen to music while I'm brush-cutting, etc.

NOTE: The above links aren't necessarily where I bought the item from.
14

@4wd, maybe you could let us know how the screen and camera/s fare (just generally -- I'll have a look at an in depth review at some stage).

Screen is great compared to the G5+, (comes with a screen protector already fitted plus a TPU case), bright enough for me to use it inside/outside and very sharp.

Camera uses Omnivision sensors and the default camera app is apparently a little underwhelming, (it does have Electronic Image Stabilisation), but there is a GCam port [direct apk link] available that you can sideload that improves photos a lot.

I presume you'll be ripping out the OS, or have you done it already? :-)

Atm, I'm leaving it stock, (first Android phone I haven't rooted pretty much immediately but probably will in a couple of months when I start getting annoyed at the limitations of a non-rooted phone).
What's really annoying is some messaging apps don't provide any means of a complete chat backup, (Viber for instance, compared to Signal/WhatsApp which backup everything), which I could restore fully if I had root.

Most I'll do currently is disable some of the stock apps via ADB, (eg. GMail, some Oppo apps), otherwise their version of Android 10, ColorOs 7, is reasonably stock ... I'm probably going to miss some of the Moto Actions and I'll miss the Moto Clock because of the easy to read battery level.

Some nice things I didn't know:

... and it doesn't crash when this image is used as the backdrop

The main thing I find disappointing is that the new Moto phones do not seem to want to improve on 720P resolution.  Such a big heavy phone should have 1080P FHD.

Another less than stellar "feature" of my e5 is that any photos I take look like total crap.  Streaming video isn't too bad if the WiFi has good bandwidth, but anything less than 1080P is unacceptable these days.
-MilesAhead (July 01, 2020, 09:44 AM) 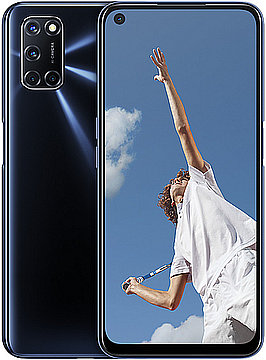 Since it was a clone of the old drive, if it was an MBR drive then the cloned drive would be also, should have mentioned it but most of my drives are GPT to start with so it's rare I have to convert them.
18

Job done ... I've done this more times than I can remember, including 6 times within the last 2 months upgrading my own and friends drives.

Never had a problem with programs that have been cloned to the new drive, worst that has happened has been the drive letter is different, changing it to the correct one and rebooting has always fixed it.
Can always boot into Safe Mode at 4 to fix drive letters and repartition.
19

« on: June 18, 2020, 06:49 PM »
A month or so ago I thought I'd re-enable the Insider update, (had it enabled a year or two ago), and almost immediately ran into the same problem I had previously on different hardware and after having reinstalled Win 10 a couple of times.

Micro-freezes, every few seconds the system, (or maybe just the mouse/keyboard input), would freeze for less than a second.

Oddly enough during regular use I hadn't really noticed it, as soon as I started playing a FPS game it became blindingly obvious.
Tried different things, eg. completely disable firewall just in case it's MS trying to phone home, unplug non-essential peripherals, kill any of my usual background programs, etc, etc - couldn't work it out.

In the end I just reverted to the release stream and the problem disappeared.

Second time it's happened, basically a completely new computer and still no idea what caused it.

Anyone had anything similar?
20

General Software Discussion / Re: any software can do a batch S&R "multi strings" in "multi files" at a time?

Just a note: The plugins for Word, Excel, and PDF are search only, no text replacement.
21

Decent walking shoes, a decent pocket knife/multitool, a couple of litres of water, and a basic understanding of which way is South.

Then walk East or West, the coast is less than 70 miles away no matter where you are and long before you've walked even 15 miles you'll be falling over a made road, fence, houses, MacDonald's, fish and chip shop, off-licence, etc. 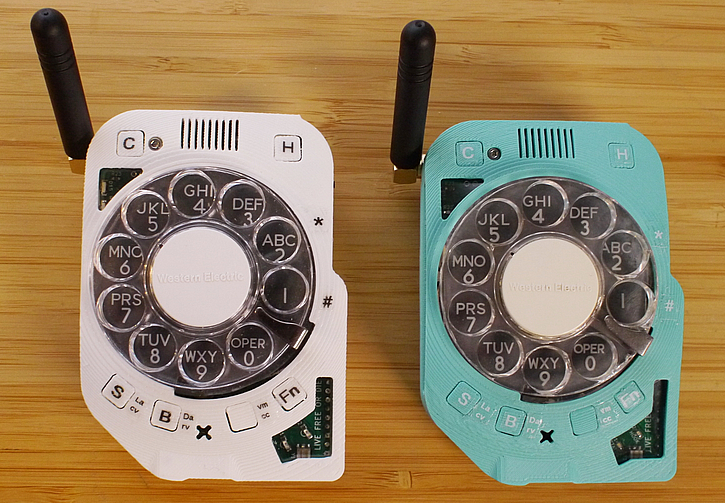 The perfect gift for that crotchety old relative who either can't get to grips with technology or who complains that their smartphone does things that they didn't want without having touched it, (I mean you, dad

Living Room / Re: How to identify email address at the end of lines with RegEx?

Be interested to try this on my Landcruiser, only a 3.4l diesel but of the old indirect injection glow-plug variety, (20:1 compression ratio), not the more modern common rail direct injection versions ... unfortunately the battery doesn't want to die 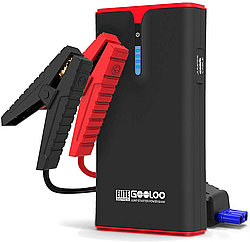 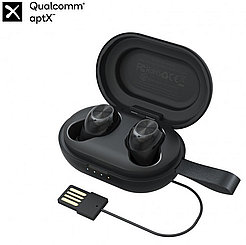