« on: April 01, 2009, 01:03 PM »
Okay, thanks for the very detailed answer Mouser i was just curious. Also do you plan to use the extra money that the site raised right away or are you planning on saving it for a rainy day? i would prefer the latter since you never know what could happen in the future.
129

Hopefully we do reach the final goal!
132

Coding Snacks / Re: Coding Snack and Skrommel Software Write-ups Discovered on the Web

Perhaps what we could do is have the forum software more clearly note when someone is about to reply to and revive a very old thread, making clear that they should only do so if they have something to contribute.
-mouser (March 26, 2009, 07:21 PM)

This feature could added here, if a thread is too old you could get a similar message before posting a reply.
135

Living Room / Re: Do you guys have any experience with routers? because i have some questions

Just from the symptoms you're describing, (barring a hardware fault with your ISPs DSLAM or the router), my vote goes with a cable fault of some kind.

I don't know if your ISP is also your telephone service provider, (TSP), but I'd be reporting a fault on the line of "intermittent disconnection" for your phone calls to your TSP, at the very least it should cause your telephone line to be tested from the exchange for faults such as Low Insulation Resistance (usually caused by rainy weather and poorly weather-proofed cable joints), High Loop Resistance (usually poorly done cable joints) and Excessive Line Capacitance (too many phones plugged in or some idiot has paralleled it with another unterminated cable pair).

If your TSP is really on the ball, (or at least halfway decent), they will also send a tech out to check the wiring connections at your house and check/change the phone.

The fault you're reporting isn't exactly true, (ie. it's happening on the ADSL not the phone), but since your ISP is absolutely useless, (they should have reported a possible cable fault to your TSP), then I'd have no compunction about reporting a fault on your telephone.

Just do not let the telephone people know that the fault is really to do with your ADSL otherwise you'll probably get charged a callout fee, (that's if you aren't already, here in Australia it depends on how much you pay per month for the service as to whether it includes free fault repair).

If they send a tech out, get friendly, offer him/her a cuppa and ask questions about your service like you're interested smiley  (Unless they're the uncommunicative, "P!ssoff, I'm working." type.)

eg.
Is my phone line copper all the way back to the exchange?
Just out of interest, was my line within acceptable limits for Loop and Insulation Resistance?
Where is the exchange, I don't remember ever seeing it?

From the brief visit I recently had to Chile, I found the people to be rather helpful.  Of course, I was a tourist blundering about not someone who actually helps to pay their wages.

My ISP and TSP are one and the same, i have one of those phone + internets packs so unfortunately your idea is a no go.Anyway i am now conviced that the problem is not on my end because some funny happened last friday, i got my internet back 100% and it really hasn't disconnected at all.The same thing happened the other weekend and i was able to use my internet just fine, i don't think it's just a coincidence that during the weekends the router was able to connect to the internet. Is now monday i am still able to surf the web unlike last time which gives me a little hope. If i get a disconnect again i am gonna call my ISP and tell that if they don't send a tech down here they may as well cancel my internet service, i think that would get their attention.

Won't make a difference, those are purely the figures from the line side of the router back to the exchange - it doesn't take into account anything connected via WLAN or LAN.

Not knowing what type of plug/socket they use in Chile, the best/easiest way would be to (un)plug the plug half a dozen or so times, this is normally enough for a decent "clean" - more than I usually do.

I did that when i was testing the spare cable that i had laying around. I did found a dust bunny in my original cable plug tough i don't think cleaning it really changed anything.

It woud be interesting to note whether it was reporting any errors and if that count kept incrementing.

BTW, did the ISP provide the Zyxel and still they own it or did you actually buy it as part of their package ?

I think they still own the router since they didn't give me a box or anything, plus they never gave me the router's password.
137 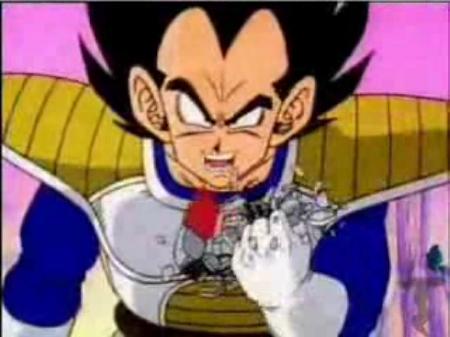 It's over 9000 thousand! (finally i can use this joke properly, i am so sorry)

Living Room / Re: Scenes of the Recession from around the world

Well, from may of last year, but it hadn't been discussed here, and Mouser's earlier article was the only thing that clued me into it...  Thought it was worthy of discussion at least, and that perhaps someone else hadn't seen it.
-wraith808 (March 18, 2009, 10:36 AM)

Sorry if i sounded bitchy to you. Steam cloud is worthy of discussion however there isn't much that we can discuss right now. Apparently Left 4 dead uses some form of steam cloud since it appear that it uploads your settings across several PCs. having your saves and other stuff uploaded online for safe keeping sounds pretty cool so i eagerly await Steam cloud arrival. Oh and i didn't know that GFW did sometging similiar so thanks for letting me know.
143

hopefully we will reach the new goal
146

Living Room / Re: Do you guys have any experience with routers? because i have some questions

« on: March 15, 2009, 08:29 PM »
19 of march update: Looks like i jumped the gun again, since monday i have been having frequent disconnects.The DSL and internet lights of my router go off for hours and they light up again after some time which can take hours, what's funny it's that when the internet comes back now it's back 100% not like before which was slow. My ISP went beyond useless yesterday when i got in touch with a guy that told me that he couldn't do anything, i really hate my ISP now. Today i tested the router's ethernet cable with the notebook to see what happenned, no change. Same thing when i swapped the cable (i had a spare) that goes from the router to the phone socket on the wall, no change. I have also noticed that the internet tends to come back when i try to call my ISP, i dunno if it's just a coincidence or if god likes to screw with me but i though it was worth mentioning. Sorry for presenting you with this problem 4WD when is my ISP that should help me, maybe i am being too soft with my dealings with them and should scream or something.


The 'noise margin' and 'output power' are fine however the 'attenuation downstream' is, to put it bluntly, crap.  A figure of 56db means you're receiving just under 1/500,000 of the signal strength as sent from the ADSL equipment in the exchange.

That sucks, maybe that was the cause of my problems but we can't really know for sure since this is the first time i have ever done that test. Does having my sister's notebook connected to the router affect the test somehow? i am gonna run the test tomorrow with the notebook off to see if something changes.

That's their head office - where they hide, charge you money and provide little support.

If your internet connection was provided from Santiago you wouldn't have any internet at all - the maximum effective distance at which ADSL1 can be used reliably is about 7-8km.  ADSL2(+) can extend that a little but not much.

Your ADSL connection is provided over your phone line from the local telephone exchange to your house - somewhere in your town there will be a rather drab building, (or possibly in the back of the post office if the building is big enough), marked Telephone Exchange.  Someone around town should be able to tell you where it is, (Police, Fire Depart., etc).  When you find it, measure the shortest distance between it and your house on your bike or in your car, (the actual distance the copper cable runs will be longer).  Or just ask the company who provides your phone service how long the cable run between your house and the exchange is - you might get someone helpful who'll tell you.

Depending on how far away it is will help determine where the problem might lie, (eg. if it's <3km then the fault is possibly crappy wire joins or faulty equipment).

You could try unplugging the phone line from the back of the router 3 or 4 times to clean it's connection, the same where the line from the router plugs into the box on the wall.  Plug/socket connections tarnish over time and that can introduce resistance into the circuit.
It could be that the ADSL filter itself has developed a fault or that any joins along the length of cable from the box on the wall all the way back to the telephone exchange have gone high resistance

I didn't know that stuff about ADSL1 and ADSL12 at all. The next time i am in town i might ask around about that special building, it could be kinda awkward asking my ISP directly. I may try unplugging the phone lines once in awhile to clean tough how do you actually clean it thoroughly?

One other thing, on the Maintenance->System Status page there's a button marked 'Show Statistics', click on it and watch the stats for the WAN Port - ideally you don't want to see any Errors there.

When my connection was down i actually went there, it changed between "down", "initializating" and "up", there was a bunch of other stats like packages i think. Oh yeah i forgot to take a pic of that page and send it to you like i did the others, do you want it too?
147