SPFlite should be very similar
2

The IBM ISPF editor probably has an unparalleled ability to visually edit files - filtering lines included of course.
I still use it when other Windows editors can't cut it or I'm too lazy to code or script something.
For files I regularly change, I also keep edit macros (scripts really - sequences of commands etc.) to run against uploaded files.

This is a free Windows implementation of ISPF.
http://www.spflite.com/

Here's a very small example of the kind of things you can do from the editing interface.
If not enough, you also have the ability to write macros (scripts) using thinbasic code.


A learning curve for sure and probably a little quirky if you're not used to using commands to change data.
Well, not that strange I guess if you use an editor with a pseudo command line (vi/emacs etc.)

I went to Archive.org.
https://web.archive....ownload/keymaker.htm

« on: February 10, 2019, 07:09 AM »
I ran into this exact problem last week with Beyond Compare Pro when looking at changes in a really long make generated command line.
The "solution" is to use the text compare report feature - the lines wrap quite nicely.


With regard to moved blocks of code, it still annoys the heck out of me that BC battles to correctly detect inserted blocks of code that are similar to preceding code.
Quite often, it show the terminating brace (often more) of the unchanged C code as part of the change set - with the same new code showing up as part of the unchanged code.
I see this happing almost every week and no matter how much I futz around with the alignment options, I can't get it to recognize just the piece of new code for what it is.
Drives me nuts, especially as DeltaWalker and KDiff3 have no problem showing the correct change.

Android Apps / Re: Problems getting started with Checklist DC

If you need sections, perhaps something like this in each category (aka store).

General Software Discussion / Re: Opera Browser being sold off

« on: February 19, 2016, 02:39 PM »
I suspect there are still a number of people still using Opera 12.17, perhaps even earlier versions.
A security update for 12.17 was released a few days and for now is probably ok to install.
Hopefully it will resolve many of the intermittent secure handshake problems I've been seeing for quite a while.

But I was wondering, if Opera accepts the offer, what this implies for 12.17/18.
Seems like it would it be possible for the new owners to feed malicious updates to 12.18.
I'm not referring to a binary update though as that can be controlled, but more to stuff the browser might be retrieving from Opera servers.

A tragedy for me though if the sale happens -12.17 is still my browser of choice.

General Software Discussion / Re: Pale Moon and Firefox - The Honeymoon Period is Over

« on: September 13, 2015, 10:51 AM »
I'll "dilute" the thread somewhat further.
Innuendo speak for yourself and a couple of million others (not that quantity counts for much - a number of fast food chains are evidence of that). As far as I'm concerned, its the very same demographic that you alluded to.

Opera 12.17 is still my main browser and I know there are still many other users - even of earlier versions like 12.14.
Its performance (Javascript aside) and fantastic usability (ESPECIALLY) make me cringe big time when I use other browsers.
I switch out of it only when I run into the occasional Presto rendering problem.
Yeah, problems happen but I have rendering (or other) problems with current releases of both Chrome and Firefox browser
implementations so nothing new there.

The team who developed Opera where IMO a little more talented than most of the devs who now work on the crud known as Chrome and Firefox (especially of late wrt Firefox).

Palemoon and Slimjet remains my other alternatives - but only when I have no alternative.

So, can the devs at Vivaldi pull it off?
I hope so, otherwise for me all hope is lost - especially with Palemoons somewhat uncertain future.
Opera failed, not in and of itself, but because of senior management failure.
8

Available for Opera Chromium.
https://addons.opera...ls/http-switchboard/
Perhaps with Turbo mode enabled and some configuration with this extension, you'd could do some nifty browsing.

To fix your browser:

Perhaps for Chrome based opera?

But for Opera 12.17 or earlier, disabling  "Enable SSL 3"  in Preferences/Advanced/Security/Security Protocols should work.

If not, then it's time to switch permanently to a 2nd rate browser.

PS: Thanks for the Pale Moon tip
11


Edit: Just built the boot media.
Starts fine, but then I got a "Lic. could not be verified" pop up.
The boot media link was supplied in the registration email, so could be an ID10T problem on this end.
My earlier 6.8.1 version works just fine though.

Edit 2: Yes, it was ID10T - sort of. When running the PE build tool, there is half-baked grayed out looking icon to add the license code.

« on: March 24, 2013, 06:57 PM »
Just thought I'd pass on this article in case anyone is interested.
http://pete.akeo.ie/...ficate-for-open.html
The blog post links to the Polish "CERTUM PCC – Certification Authority " but you can read the article to get the gist of it.

I was getting a copy of Rufus when I decided to read that blog.
http://rufus.akeo.ie/


Edit: Probably would have been better off in Developer's Corner, so move it there if so.
16

Ok today I'm posting about a cheap gadget that I think everyone should have.
It's a battery-powered water leak detector.

I have two of these guys, one in the bathroom and one under the kitchen sink.

You put them on the floor and if water ever gets underneath them they let out the most piercing beeps.

Now if you're lucky you'll never have one of these guys go off on you because of a real problem, and only because you accidentally spill some water.

But they provide me with significant peace of mind when i fill up the tub, etc., that if something goes wrong I will at least have a change at being alerted to it before it's too late.

The brand I use is Zircon: http://www.amazon.co...teries/dp/B002Q8GRPG but have little reason to prefer one brand over another (these first alert ones also look good and are possibly easier to change batteries on).
-mouser (December 28, 2012, 08:35 AM)

Hope these work ... I'm about to put them into service.
Thanks for the tip Mouser.
18

Found Deals and Discounts / Re: Earlier versions of Serif software at bargain prices until 4 Jan. 2013

Living Room / Re: Inadvertent Social Engineering - It's that easy?!?

« on: November 29, 2012, 08:13 PM »
I debated about posting this, but I figured perhaps not too many have read the article.
Quite a bit about Social Engineering in it 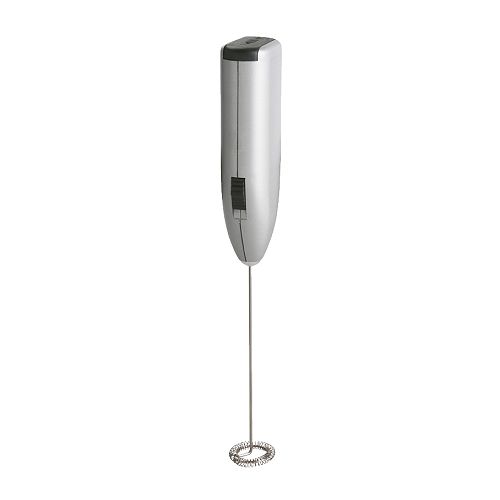 Am now using an Aeropress.
http://aerobie.com/p...oducts/aeropress.htm 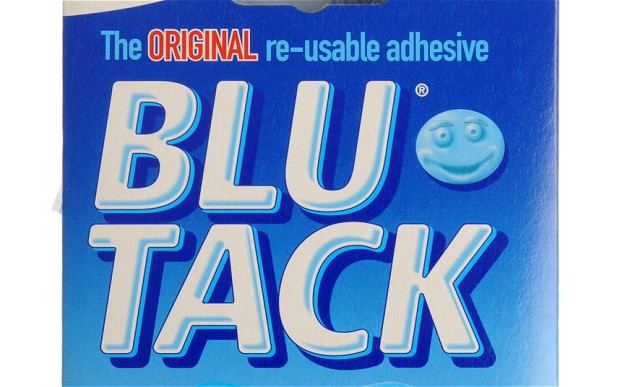 Example use case.
You need a screw attached to a screwdriver for a difficult location (no magnetism, one handed etc).

I've used this stuff for decades, albeit by a different name though.
https://en.wikipedia.org/wiki/Prestik
24

« on: November 17, 2012, 07:39 AM »
Well ewemoa, I have to say thanks for prompting me about the plastic issue.
So I'm retiring this kettle after many years of reliable service and moving on to stainless steel.