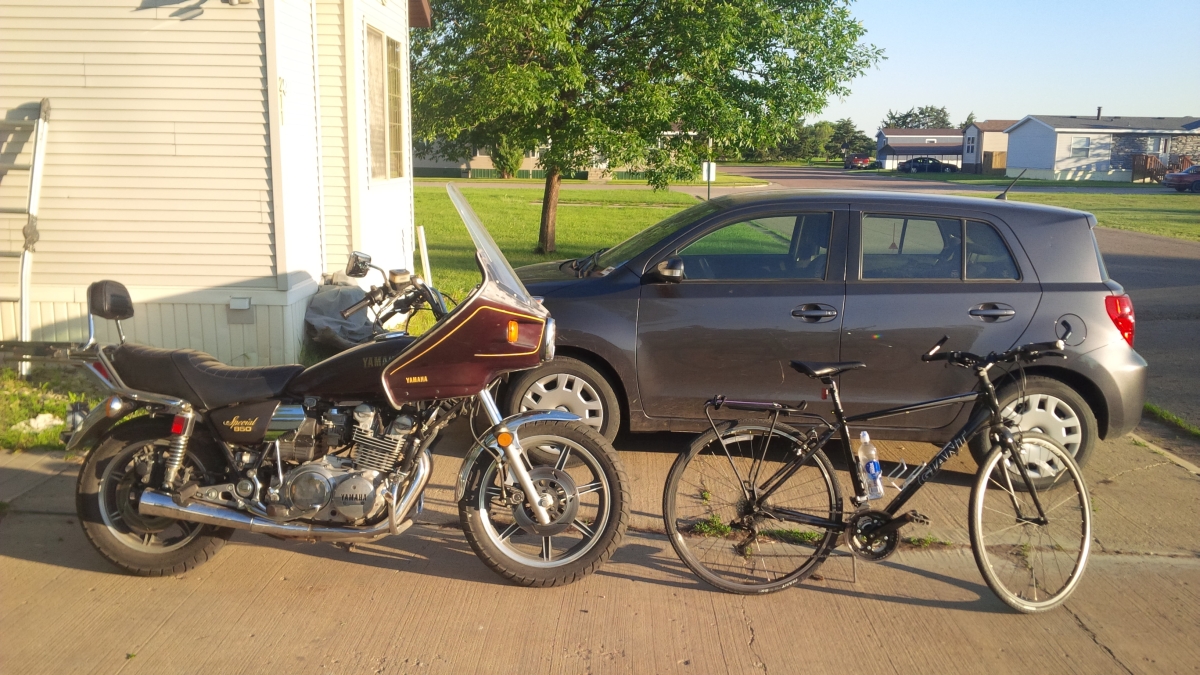 There's a setting to tell it not to automatically scan for new networks, have you tried that? I have that option enabled, and always have WiFi on. I have to manually add new networks by opening the wifi settings, but you only have to do that once. When you're around that network, it'll reconnect but ignore all others.

As for deleting . . . can't you just press and hold and then forget the network? (My phone is in the shop, so I can't confirm, but I am certain you can forget networks)
55

Living Room / Re: I'm sooo exhausted with the overhyping of everything.

I consciously try to avoid to popular media to great degrees, and I'm STILL exhausted by hearing about all the nonsense, overhyped things going on in recent years.  Maybe it's always been this way, I don't know.
-superboyac (July 12, 2013, 09:57 PM)

Hype is here to stay. Quit overhyping it bro.

I personally think the hype of the 41 megapixel camera is stupid.  Not that the camera isn't great.  I find that it distracts from some of the more important windows phone related issues that could be addressed.
-superboyac (July 14, 2013, 01:06 AM)

Windows Phone 8 has been a disappointment on many levels. When Windows Phone 7 first happened, it was exciting ... but didn't even have clipboard support. Eventually the "Mango" update came along, and that was the only significant update to the platform in the last couple years. Windows Phone 8 was a major update in that it was a major version bump and total rewrite of the OS, but I don't consider it a significant update. In many (most?) ways, it was a step backwards in terms of usability. It came with the promise that this new RT based platform would be more actively updated over time... exactly zero significant updates later, we can write that off as false. There's a similar promise coming along with the next update but I won't hold my breath. Nokia has done its best to fill the gap to some extent with its own third party additions, Network+, Phone Extras, exclusive apps/games; at the same time, Verizon is the only network that supports the first party data sense.

There's been a lot of hype and a lot of disappointment. Despite all that, it's the platform I keep coming back to. I prefer the simplicity and elegance of Windows Phone over Android. While BlackBerry has a similar charm and even better usability, its app selection makes Windows Phone's modest selection seem robust.

Hopefully some time soon Microsoft (and BlackBerry for that matter) gets into its groove and really starts actively developing the platform--you've got to be fluid to keep pace in the mobile space. You can't start behind the pack, stagnate and expect to compete let alone win the race.

Living Room / Re: Why you should record video of the everyday people in your life

I'll stick with Opera 12 until either they re-add all the missing features into Opera 15 or the current one stops working, in which case i'll search for something else.
-verszipo (July 02, 2013, 01:51 PM)

I think you can count on finding something else.
59

Opera 15 is released, but it doesn’t mean we're relaxing now. With our new rapid-release cycle, we are already hard at work on the next versions. Right now, we are focusing on synchronization (aka Opera Link), enhanced tab management (visual tabs and so on) and support for themes – and these are just a few of the features you can expect to find soon in our next releases! So, stay tuned for some of the most loved features to return soon, better than ever.

...this is no longer considered a preview. Featureless Opera is officially released.
60

« on: July 01, 2013, 09:36 AM »
Bazqux is impressive -- very simple, light, fast. Newsblur feels sluggish by comparison, though I still somewhat favor NewsBlur for a number of features and its high level of polish.

Thus far, the hardest part of trying out Bazqux has been remembering the name!
61

If you're already getting the HTC One (I am so envious!), I don't think you need another Android--Get the Z10, one more OS for the collection!

I have one, my list of cons/pros are: Its battery is not fantastic. It's comparable to but not quite as good as my Lumia 920 (which compared to YOUR 920 probably IS fantastic!).  The real downside to the Z10 is its app selection. It really makes the Windows Phone store seem brimming. There just aren't many great native apps (though the ones that are there... well, active frames are neat!). While side loading Android apps is an option, it's really more a novelty I think. I've side loaded a few (fitbit, Evernote, Instagram) -- across the board, they are SLOW.

On the other hand, the size, the gesture-based interface and the new flick keyboard makes using it with one hand a dream. The hub is great, centralized notification is something Windows Phone sorely needs. I've been carrying it as my primary this week. While apps have made most phones toys with communication capabilities, the Z10 really feels like a communication device. A true "smart phone".
62

Does this site maintain an IRC channel?
I thought I saw something about a donation chart?  Where is it?  I'll donate but I would like to have a framework to pick from first.
-DM_Deleter (June 27, 2013, 08:38 AM)

There is indeed an IRC channel, see: https://www.donation...ndex.php?action=chat

As for donations, there are no tiers or anything. It's open. An interesting thing about the donation system here is you essentially get your donation back in the form of credits, which you can distribute as you see fit -- given, for example, to a member who authored a program you find useful or helped you solve a problem. See the donations page. for more information

« on: June 27, 2013, 08:56 AM »
Yesterday Microsoft released a public preview of Windows 8.1 featuring the return of the Start button, an overhauled unified search and Internet Explorer 11. Anybody take it for a spin?
65

Lately I've been trying to get into shape and take better care of myself. One novel piece of that equation is the Fitbit One, which is basically a pedometer on steroids. All data is all synchronized with their companion web service via wifi or bluetooth where it plots my activity level throughout the day, keeps track nutrition and compares my calories in v. out.

Being cloud based, it's not for the disconnected-by-choice types, but... I love data!
66

Them ditching Presto is probably amongst the stupidest decisions they could have made. I mean, Webkit is one thing, but they seem to have lost all the features that made Opera the technological leader that other browsers followed (mouse gestures, tabs and lots of other functionality). Right now, it's lost that all.
-worstje (June 21, 2013, 05:11 AM)

Unfortunately for them, nobody paid attention to them... except the other browsers and a hanful of us. I think this move may pay off though. Ditching google is a popular trend... they may set themselves up to be THE alternative to Chrome for people looking to ditch google but stick with webkit. I won't be surprised if they find greater success than they've ever known, all the while alienating every one of their pre-webkit users.

Can we please talk about Opera not IE?

My guess is that because they made a big splash saying they were ditching Presto, they had to release a "placeholder" issue. It's fairly common when a company does big structural internal work - you release something a bit rough on the edges and hope to polish it later. The signature case is MS's Windows Vista.
-TaoPhoenix (June 20, 2013, 12:59 PM)

There was quite a bit of lag between them saying "We're ditching presto" and them releasing the place holder. I could understand if this came out shortly, but... after waiting that long, release something that gives hope. Or wait until you've got something worth showing.

Google Chrome would be a better example--they announced it, pretty much immediately released it. That initial release was comparable to (though a bit more fleshed out) Opera 15--and they rapidly improved it and haven't slowed down since.
68

Can we please talk about Opera not IE?

Guess not. Development is SLOW. . . still so much critical stuff missing, why did they release it so early on in development?
69

Scare of the scales!

If you have to pick just one, eating better is far more important.
70

But I want a gigantic order of French fries. Bad.
71

Living Room / Re: What annoys you to no end?

If you to ask, the answer is a resounding f*** no. If your hands can reach the keyboard, you're sitting too close.
72

Living Room / Re: My New Philosophy

Your going to have to explain the word "foma" to me.  I tried looking it up but couldn't find it in Websters dictionary...

This would be a better starting point. See also. As it was meant to happen, I converted to Bokononism a while back.

Living Room / Re: My New Philosophy

After a couple of sets I've given up on them and switched over to these unbreakable polycarbonate kind:

http://www.amazon.co...ulated/dp/B003AZZR6E
They are a little cheaper at $9 each and aren't nearly as elegant, but they are functionally the same or better. They are available with different decorations which is nice for guests.
-mouser (June 07, 2013, 05:30 PM)

When drinking from the polycarbonate, does it feel more like plastic or glass? I like the implied durability but... I really hate drinking from plastic.
75