« on: March 28, 2013, 01:00 AM »
While I'm definitely shocked about the news, I never saw it coming... I have mixed feelings. My OPML has moved around a lot. There were a few programs (and at least one service (anybody remember Lektora?)) I'd used before Google Reader... and since, I've gone back and forth a lot. I'd find an app or service I liked better and use it, then I'd go back to Google because I wanted to sync with my phone or tablet. This is my problem. Google Reader came along and became the defacto API... and as a result, I've long felt held hostage by Google Reader. I may find an app or service that I like much better but because it doesn't sync with google it only works on one screen. If I want seamless states between my pcs, phone and tablet I've got to have Google in the middle. The sync state was handy, but there was a down side. Google stopped innovating the day they released reader. The only major changes they oversaw were removing social features and, now, pulling the plug.

So I guess I feel liberated. I was on the verge of returning to reader for its API when the news broke... now, they don't have that over my head. Some say RSS is dead but I think Google getting out of the game isn't going to kill it, it's going to breathe life into it. For years now status quo has been refining the interface to the Google Reader API. Now we move on.
102

Yeah, I've never heard/read that before now and it certainly hasn't been my experience.  I remember that being an issue with AOL but that was a very long time ago.
103

Speaking of online purchasing, why not just order his Surface online like a sane person and not have to deal with traveling 30 minutes or an hour to go to a brick & mortar Microsoft store?
-Deozaan (March 05, 2013, 11:36 AM)

I was wondering this, too... especially for an online journalist. It would have been far more convenient than continually checking to see if a "local" store had stock. He didn't want to order one and be notified when it was in stock, either. If he couldn't walk in, see it on the shelf and grab it himself then he wasn't going to have it. Sounds like the Apple store is the way to go.
106

Keep in mind that those aren't perfect bug-for-bug emulations... which you'd need on some corporate sites

Will Opera magically improve Webkit and allow everyone else to reap the benefits ?
Somehow I really doubt it.  IMO webkit was just an excuse to dump the Presto team.
-SKA (February 20, 2013, 06:32 AM)

I have always loved Opera, this news saddens me as much as anyone and probably more than most--but let's get real. While Opera has pioneered MDI, tabs, autofill, bookmark sync and nearly every other feature (extensions withstanding) we expect in every major browser, Opera has never gained any traction. Ever. If I could personally choose just one rendering engine, it'd be Presto if only for Dragonfly -- but that is irrelevant because, again, zero traction. Presto is fantastic... and a liability.
109

I drive a Scion xD. I haven't had any problems with it, it's been entirely reliable and surprisingly utilitarian for its size... and it's nearly paid off! 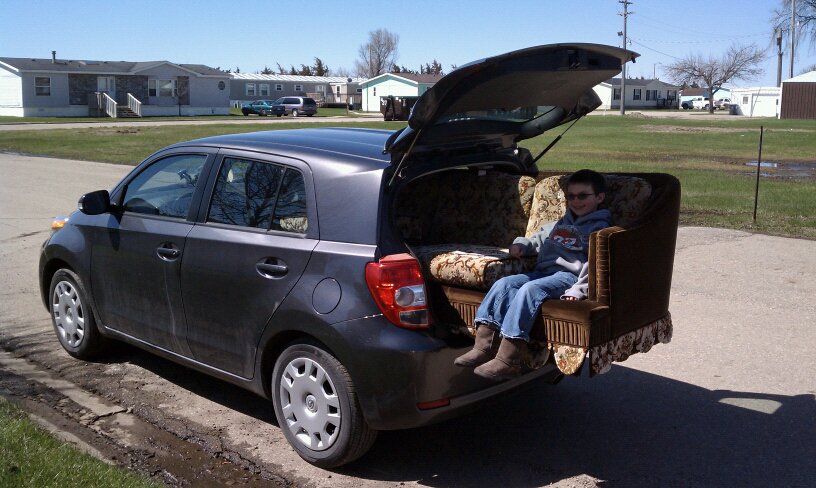 Not pictured (it's in storage for the winter), I've got a Yamaha Xs850 triple motorcycle
110

Sorry, I'm growing weary of a "+1" which is a Google invention applied to everything.

It's a lot older than that. Google simply used it. It has been popular in the developer community for forever +1 day.

I grow weary of it being "a Google thing". Feels like putting a patent on water.

I think if you use the lastpass binary installer you could then import into lastpass. Whether or not you want to use lastpass to store (and sync across browsers), it allows for easy export.
113

Living Room / Re: What are your favorite movies? 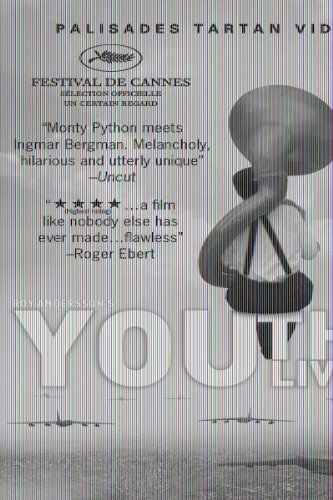 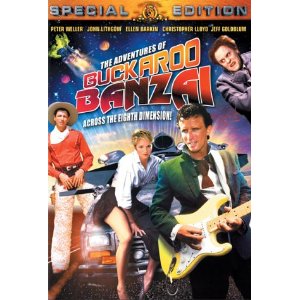 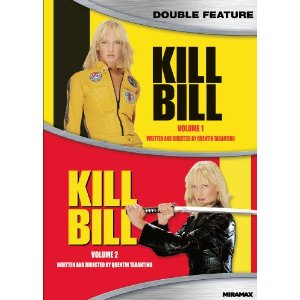 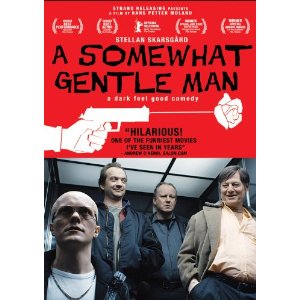 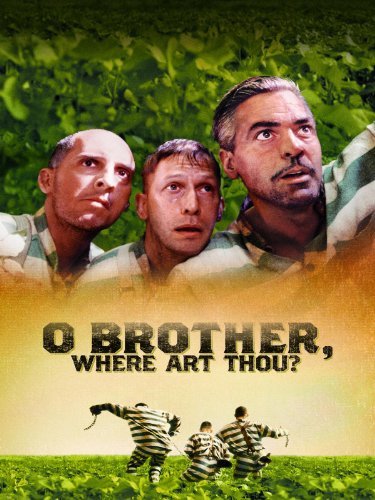 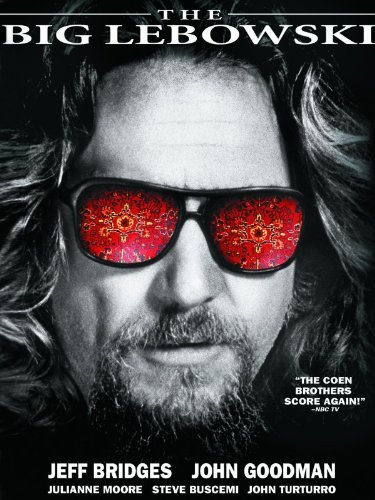 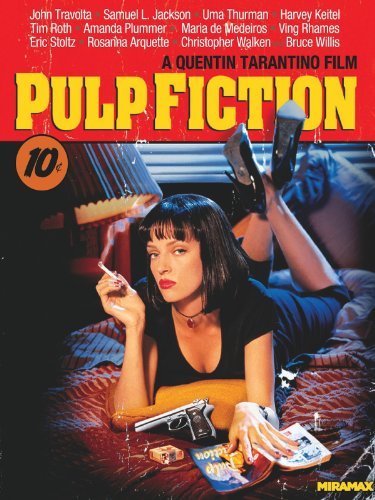 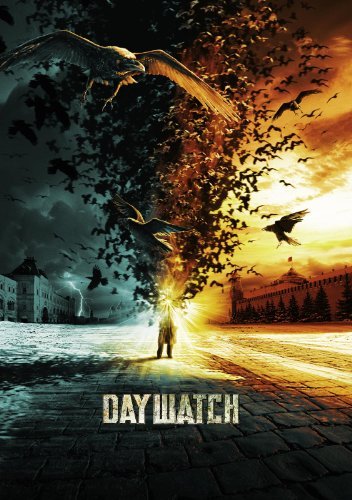 Living Room / Microsoft Surface RT - I got one.

« on: January 11, 2013, 08:55 PM »
I've made it no secret that I have embraced the direction Microsoft has headed lately. When the Surface RT was announced, I immediately fell in love with the hardware form factor and had used Windows 8 enough to know that touch input was the way to go. Darn things are expensive though. . .

Just after the Holidays I saw an offer from billmelater for no interest on purchases of 500 bucks if paid for within a year . . . I just couldn't resist and pulled the trigger.

My biggest fear was buyer's remorse. . . but man, I love this thing. More than I'd hoped to. The touch gestures, once learned, are incredibly natural and intuitive. It's the first time I've felt this comfortable with an interface since WebOS. The hardware is very beautifully designed and it's clearly a high quality/well assembled machine.

Most of the time, I'm just in the Modern (Metro) UI. It's excellent for simple "tablet" functionality. I browse the web (these forums at this very moment), read email, mind my social networks . . . pretty much everything except programming.  It's the best tablet by far I've ever plopped down on the couch with.

Before I'd actually had my hands on this thing, I kind of wished that Microsoft had not included the ability to access the full desktop on the RT devices. It looked like it was going to be a jarring blemish on the elegant "Modern" interface. Now that I've spent time with the device, I no longer feel that way at all. I never see the desktop unless I want to--but it's great knowing it's there. I've got the full version of office at my disposal, as well as all the standard Windows default applications from calculator to power shell. I can plugin a USB hub with mouse and keyboard and it's like a laptop. I don't spend much time on the desktop--but like I said, it's nice to know it's there. Personally, I was mostly in the market for a tablet not a computer replacement. As it turned out, I'm getting a lot more productivity out of it than I planned. When I need to write something, I love grabbing this and a keyboard and finding somewhere more comfortable than my desk to get it done.

The Surface RT certainly is not for everybody but I sure do love it.

« on: December 21, 2012, 02:10 PM »
Your original statement kind of was saying that these flaws are the end of the world. I'll chock it up to exaggerated hyperbole.

I really don't think it's a step backward. Strictly desktop speaking, maybe--though I'd argue it's more a side step than forward or backward step. But here's the thing: the idea of desktop-only has been going out of style for a while, the nerd hunched over his computer in his basement is a dying breed. This is a tremendous step forward for what is actually a growing market: tablets, phones-- a multi-screen ecosystem.

What sucks is that stupid people like him are making statements that just aren't true -- and other are buying it, and then repeating it like it's true. Some of this shit is exaggeration, other things are just outright false. "Can't have multiple windows open at the same time" -- not only is that not true for Windows 8, it's not even true for the pure-metro RT tablets.

"I don't like Windows 8" is a perfectly acceptable position. "Windows 8 can't do something Windows 7 can" absolutely FALSE every time.

If you already use Lastpass you should check LastPass Pocket, their little-known standalone/offline desktop client.
-paulobrabo (December 21, 2012, 09:58 AM)

« on: December 21, 2012, 01:48 PM »
Update: I may have been wrong, he might not be an opportunistic troll. He might be a complete idiot. He's ranting because windows 8 didn't come with a windows key sticker sticker on the bottom of the laptop and there's no control panel icon on the desktop.

I've said it many timed before but I like to repeat it so I get credit when someone finally writes a book explaining how I was right --  but the *only* rational explanation for the decisions Microsoft makes is that it has been infiltrated at the highest levels by saboteurs who are trying to cause the company to fail.
-mouser (December 21, 2012, 11:24 AM)

I'm disappointed that you'd go so far as to say that. You've used the OS for how many minutes and you think it's the end of Microsoft? Nah, just the end of an era -- What are you going to do when Windows 9 is more Windows 8 than Windows 8 is?
122

He gives himself a lot of credit for investing serious time in reviewing those Operating systems in the early 2000's--I assure you he did not apply the same effort this time around or his conclusions would have been far less entertaining. This guy is either a complete idiot or an opportunistic troll. I'm betting it's largely the later.

I mean, come on -- less user friendly than DOSS?

You can hate Windows 8 all you want. . . some people really miss the start menu. But this is just inflammatory BS.
123

« on: December 20, 2012, 02:11 PM »
Now there's an OS update out, at least on AT&T. Highlights include: from Nokia improved battery metering, sharper photos; from Microsoft  the option to have WiFi always on and SMS drafts. The auto brightness setting seems to be a bit more dynamic too.
124

« on: December 07, 2012, 09:25 PM »
There haven't been any WP8 updates yet, just Nokia updates as far as I can tell. Maybe those helped battery life, though... my observation has been that out of the box the battery indicator is insane. My phone would be 100% for hours, then suddenly much less. After a week or so it became sane and battery life is perfectly acceptable (good even) for an often used smart phone.

I do have a couple complaints -- the hole for the speaker (where your ear goes for the calls) isn't sealed, apparently. There's a bunch of dust in my front facing camera's cavity.  I don't think it has any effect on the picture (yet) but given time, I'm sure it will. It kind of bugs me. On the bright side I absolutely never (ever) use the front facing camera, so my annoyance is more on principle.

My other issue is the proximity censor -- it's way too sensitive. I've found that more often than not, once I'm on a call I cannot get the screen to stay on. That makes it really tough (impossible) to use the keypad when dealing with an automated system. I don't know if that's the result of dust getting in the sensor area or if it's a software thing.  I haven't really tested it since the last updates from Nokia, so it's possible it's been fixed... rather than test it, I'm just going to sit here and be hopeful. Sure beats being disappointed.