Living Room / Re: Call to arms on net neutrailty

Living Room / Re: Your favorite cartoons of yesterday and today?

Living Room / Re: What are Your Favorite YouTube Channels? Here are Mine for Board Games

So I just discovered "Grand Illusions" - he's got a ton of physics based toys and curios. Very cool stuff!

« on: September 07, 2014, 03:43 AM »
I'm a regular listener of Group Therapy with Above & Beyond (previously Trance Around The World) - I try and download the split versions and keep the tracks I like. I don't have words to express the amazing, positive impact this show has to my life. Not even being dramatic.

A couple of other podcasts I've been meaning to get into (but haven't had the time to) are hosted by two of my all time fav trance producers, Jaytech (Jaytech Music Podcast) and Chicane (Sun:Sets). I love most of their own stuff so I have a good feeling about the podcasts. I'm more into vocal/melodic and can't really get into the slightly more hardcore(?) stuff producers like Van Buuren put out. Been listening to electronic music for as long as I can remember but all the sub and sub-sub-genres still have me at a complete loss.

« on: August 28, 2014, 01:38 PM »
Watched the first few episodes of Extant (Halle Berry) - seems very formulaic, very boring and
The Strain (vampire series with heavy Guillermo del Toro involvement) - the creatures are insect-like and creepy but the storyline here doesn't intrigue me either... had high expectations of this one.

I'm about to try "Sons of Anarchy" - seems to have a mature theme and a solid IMDB rating.

General Software Discussion / Re: Is Antivirus Software a Waste of Money?

« on: July 26, 2014, 04:36 PM »
Phenomena - an 80s giallo starring a very young Jennifer Connelly. I found the origin of the word quite interesting, btw. -->
Spoiler
[wikipedia] :
Giallo (Italian pronunciation: [ˈdʒallo], plural gialli) is an Italian 20th-century genre of literature and film, which in Italian indicates crime fiction and mystery. In English, it refers to a genre similar to the French fantastique genre and includes elements of horror fiction and eroticism. The word "giallo" is Italian for "yellow" and comes from a series of cheap paperback mystery novels with trademark yellow covers.
I loved the locale, a boarding school near a small Swiss town. A high level of suspension of disbelief is required, if you like to nitpick about loose plot threads this isn't the movie for you. But it's exactly this kind of movie that creates an awesome atmosphere that's hard to find in regular, grounded to reality fare. Recommended for pure trashy fun, and a great atmosphere. I saw it off Youtube.

The girl in the opening scene is Argento's daughter. 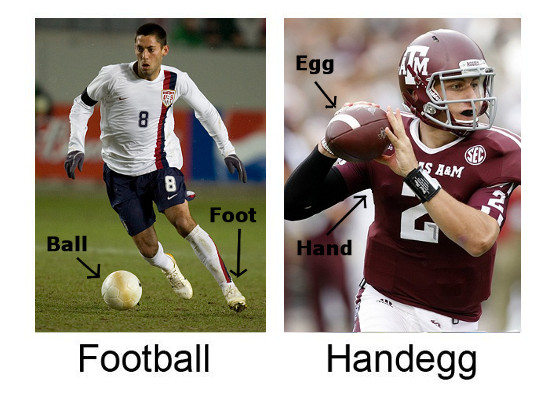 I can get into tennis and atheletics in addition to soccer. The more I understand the intricacies of a sport, the more I tend to like it. And there's nothing like a (small, friendly) wager to really fire up the interest level for an event.

Spain and England out

England was out before Germany had even played its second game. (Ouch!)
Guess Portugal is on its way out too? Lots of big name causalities. Brazil have been rather lackluster too, esp. considering the home advantage. I'm hoping they don't manage to step it up in the later stages, though that would make for some amazing matches.

- there you go 40, yet another reason to get into these things... schadenfreude. GO, GERMANY!!

« on: June 21, 2014, 05:34 PM »
I've been rooting for Germany from the get-go. Today's match was a _complete_ nail-biter... hope you guys caught it.
SO glad Klose equalized in the end or it would have been embarrassing, to say the least. I tend to be pretty obnoxious in my pre-match smack talk... would have had to eat a large portion of humble pie had Germany lost.

Germany looked very impressive - they started somewhat slow and then it was like they suddenly figured out the Armenian players had zero mass and they could just pass the ball through them at will. No fun really when that happens.
When it comes to individual players Cristiano Ronaldo is one heck of a specimen - always awesome to watch!

I didn't think too badly of 'Melancholia' - don't remember it too well... viewed it quite a while back but I've rated it a 7 on IMDB. I'm smitten with Kirsten "Fangs" Dunst, so that may have had something to do with it.
And I didn't think 'Oculus' was particularly interesting. 'The Conjuring' was the only horror that did it for me this year, had some seriously creepy bits.

Wes Anderson's 'The Grand Budapest Hotel' - Not his best but it has Anderson's characteristic quirky feel and is an out-and-out visual masterpiece. 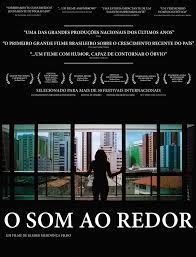 O Som Ao Redor (Neighboring Sounds) - I adore Brazilian flicks, love their realism. The plot is mostly easygoing but kept me engrossed throughout. And there just might be something more going on than appears on the surface.

General Software Discussion / Hacker raided by the FBI does a Reddit AMAA - a handbook of 'Don'ts'? 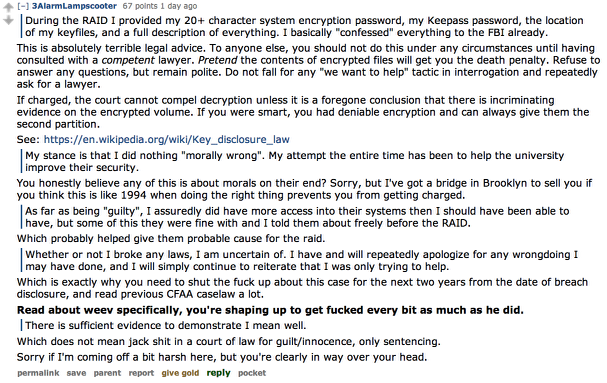 « on: February 25, 2014, 10:49 AM »
Are POP and IMAP OK to use alongside each other? It makes sense that the IMAP client can't access a mail after your POP client has downloaded (and presumably deleted) it. If you need a local copy on your main machine with IMAP, you could use the local copy feature.
72

« on: January 30, 2014, 02:28 AM »
I've hardly ever used drives other than Seagate and I've yet to encounter one that flaked out in the first few years of use.
OTOH, I've used a handful of WD drives and around half of them had problems a lot earlier than I was accustomed to.
Maybe it's a regional thing? More likely, just dumb luck.
74

Living Room / Re: A Table Tennis match turns into an amazing display of playfullness

« on: January 10, 2014, 07:35 PM »
It's just the way they're going about things, in this particular instance by making the default choice 'everyone'. G+ is the jackass brother to pretty sisters. You have to tolerate his uninvited appearances and constant mouth-breathing if you want to keep seeing the girls.

I personally find Youtube invaluable these days. I called up my satellite TV provider and had my account suspended just yesterday after realizing I haven't used the service for over a month. I'd be happy to pay for Youtube instead. But Google would rather annoy me with a service I have no use for than take my money.
Pages: prev • 1 2 [3] 4 5 6 7 8 ... 57 • next
view mobile/wap2 version of this page