General Software Discussion / Re: Firefox: I got stuck on 'search as you type'. Any way to get back?

Uhh... didn't we already have such printers called 'enterprise' (or equivalent word) solutions? I distinctly remember buying a $12K laser printer for the department I worked at. Its toner cartridges were cheaper than those of a $100 model, and lasted 8 times longer.
-eleman (August 05, 2015, 02:29 AM)

But the same story applies. There are dirt cheap lasers with expensive tiny toners, and there are expensive lasers with affordable toners.

Even in case of inkjets, HP's officejet pro models had much cheaper ink prices compared to deskjet models. I'm sure other brands also offer such distinctions.

I feel this article is rather a piece of advertorial paid by Epson.
79

« on: August 05, 2015, 02:29 AM »
Uhh... didn't we already have such printers called 'enterprise' (or equivalent word) solutions? I distinctly remember buying a $12K laser printer for the department I worked at. Its toner cartridges were cheaper than those of a $100 model, and lasted 8 times longer.
80

perhaps this is the reason.

Dropbox may seem like it doesn't need a lot of RAM to operate. The truth is: there's a lot of complexity under the hood!

For instance, Dropbox has to keep track of a lot of information about your files in order to make sure it can sync files quickly and efficiently. The more files you have in your Dropbox folder, the more memory Dropbox will need to keep track of them. That said, we are constantly working on making Dropbox more memory efficient and we continue to have significant improvements with each major release.

For our advanced users

Want more details? Dropbox stores metadata on your files in RAM to prevent constant and expensive database lookups while syncing. The metadata includes paths to files in your Dropbox, checksums, modification times, etc. We are working hard on making this information more compact and are working on several fronts to improve memory usage. Our techniques are not limited to rewriting pieces of our source code and writing custom memory allocators.

Translation from corporatespeak to plain English: We can't be bothered to write optimized code for each and every OS. Instead we chose to waste your ram on generic libraries which are built to work on multiple operating systems, rather than for efficiency.
81

I did give it a go... But it apparently uses 15 times the memory used by FScapture, with one fifteenth of the feature set. Mouser's Screenshot Captor beats it handily.
82 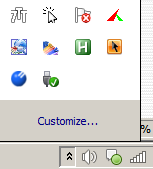 I know, memory use skyrockets upwards to 900 MB after a while, but the three add-ons I mentioned help keep it manageable.
87

Take the case we have here in Turkey. The government liberally censors the web, and the next logical step is keeping a log of who reads what. Then I'd be in deep trouble for just reading something like this.

1984 feels very real in this part of the globe. https may delay it for a while, and I'd support that.
90

General Software Discussion / Re: Chrome Portable in a RamDisk = decadence?

« on: April 29, 2015, 07:15 AM »
The problem with Firefox is not that it frequently reads and writes to the disk. It almost never does, especially if you disable the cache on the disk.

The problem is it handles a huge amount of memory just to display the pages. The engine is inefficient and it leaks like there's no tomorrow. To be fair, it was even worse.

Anyway, as the working space used by Firefox approaches to 10 figures (in bytes), just occupying that large a space becomes a burden on the CPU. Hence we have the unresponsive Firefox problem.

Moving the application to ramdisk would not reduce its working space, so it would not have any appreciable impact on the responsiveness front.

Chrome is simply more efficient in terms of memory use, so, ramdisk-or-not, it would work faster than a Firefox.

I still use Firefox though, as (i) I'm hooked on the add-ons, and (ii) I'm not inclined to have another piece of software to report everything I do to the US government. I know Chromium is open source, but I don't trust Google period. And yes, I feel hypocritical while typing these on IE. But that's a story for another day.
91

Registry backup won't save much, and a restore will likely cause more problems than it may fix. The DLLs etc. on the system would have changed by the time you restored an old registry backup, so you would get problems which do not present any intelligible symptoms. I guess it would just be asking for trouble.
92

Evernote is on my list but it is very big with options I may not require. A smaller simple would be better for startup.
-anandcoral (March 10, 2015, 12:04 PM)

What will you do when Google decides to abandon it?
95

Living Room / Re: Stuff you need to know

Honestly, I can't think of a more ignorant phrase of pseudo-statistics.
96

3. Call Recorder - Simple, record both in coming and out going, with playback. Need it for client job specifications done on phone.
-anandcoral (March 10, 2015, 03:13 AM)

I'm happy with this one. The free version does the job. But the thing with call recorders is that they don't work on all android phones. Hardware implementations vary, so some are incapable of recording your voice, or the other party's. You'll have to try and see.
97

General Software Discussion / Re: Reliable Web Hosting for $5 or less?

-eleman: i don't think the people you like will let you distribute software from a shared server account. you couldn't last time i looked at their policy when i was shopping for a host. you needed to make special arrangements with them to do that. but maybe they allow it now? :-)
-Gwen7 (February 16, 2015, 01:37 PM)

Uhh I didn't really think of that scenario. Yeah, it looks like a "special arrangement" is needed.
99

General Software Discussion / Re: Reliable Web Hosting for $5 or less?

Living Room / Re: License, registration, and insurance...or your cell phone

« on: February 10, 2015, 07:57 AM »
Here's what would happen in Turkey, if you let a cop touch your phone. In a nutshell, the police saved known terrorists' phone numbers to the phone of the detainee. Then the detainee was kept in prison for 33 months pending a ruling in court. Then he was acquitted of all charges.

The whole evidence against him was cooked.