what doesn't work yet:
- "Tools" in the Main Menu (including "Automatic Game Search" and "Settings")
- "Other Executables" and "Tools" in a game
- moving games across GameCategories

The Settings are stored in the file "settings.xml" once you have started the GameLauncher.exe. Look inside to see what you can customize (not that it's much ... :-))

With this early beta you can at least start adding and organizing your games and even launch them.

Please play with it and post some screenshots! Does Drag&Drop work as expected? 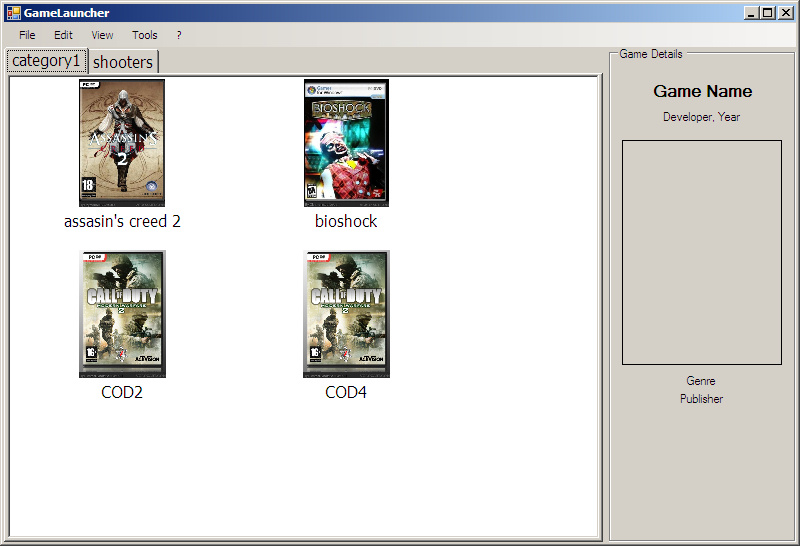 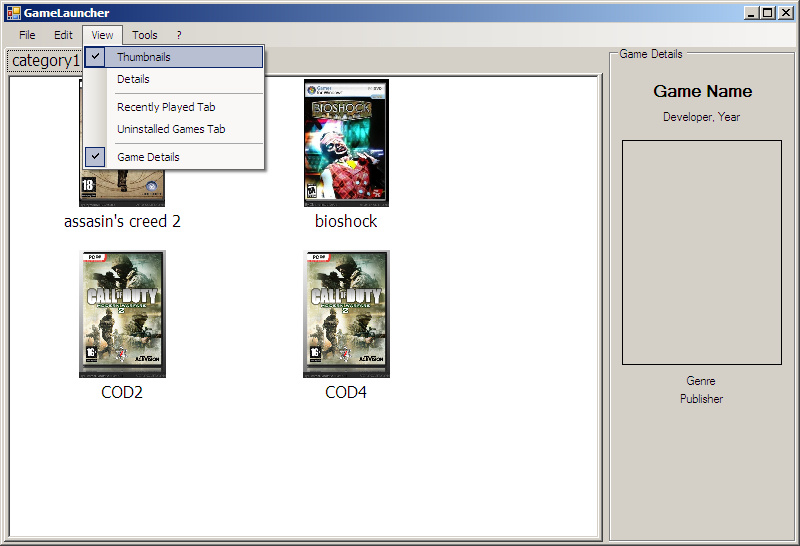 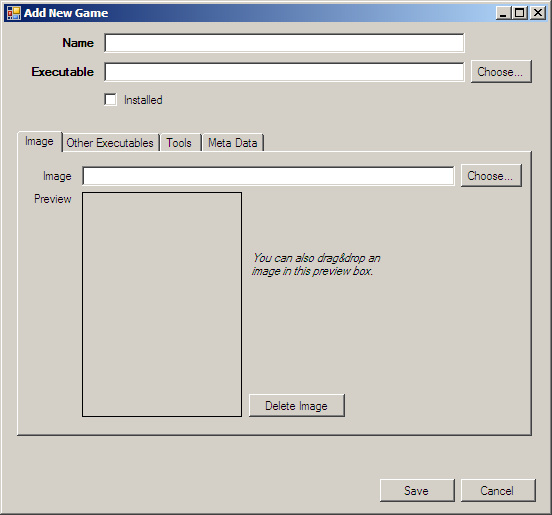 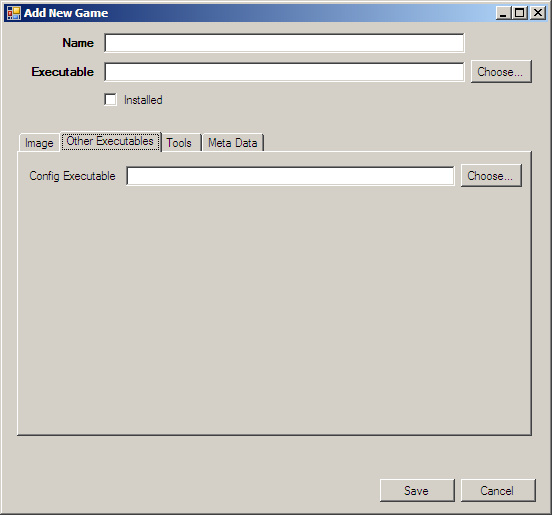 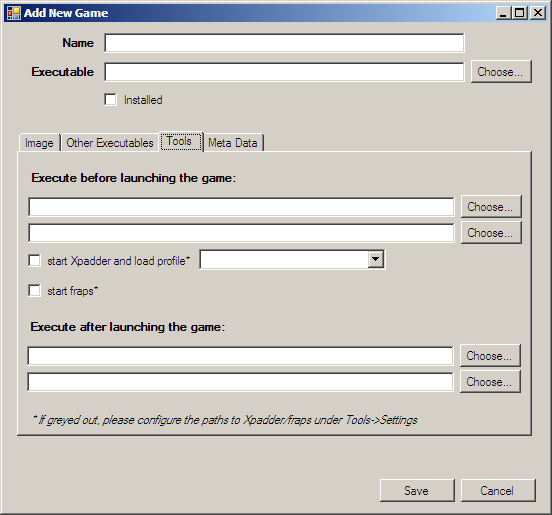 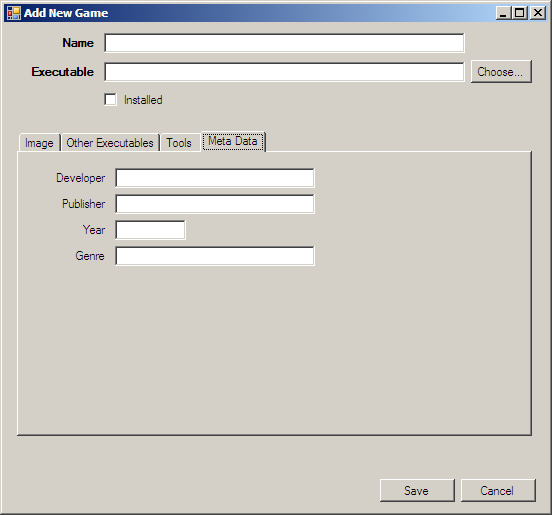 coincidentally i was planning to make something like this.
A Game Launcher with the following features:
- portable!
- games are ordered in tabs that can be created freely (e.g. genre)
- each game has: name, executable, optional configure executable, image, maybe more
- ideally controllable by a joypad (for couch potatoes using their pc in the living room - like me)
- a lot more stuff depending on my free time

i have already started and a rudimentary prototype working. It's a .Net project written in C#. I was eventually planning to publish it on codeplex.com some day.