« on: July 19, 2020, 01:34 PM »
I spend more time in YouTube Premium than all the other streaming services combined. Interesting people making consistently interesting content is uncut brain candy for me:

Leah Shutkever -- this woman will eat anything; not a pretender like so many.


Hinkoki Cat -- Japanese family transformed their flat around the cats


Rick Beato on Rock Music, those who made it great, and why corporations killed it


Chris Stuckman Movie Reviews (If it doesn't have a story, it's probably going to suck)


Lock Picking Lawyer (like passwords, nothing is really secure)

« on: February 23, 2020, 01:25 PM »
Big Sid's Vincati
Story of a gruff father who stayed alive just to build a custom motorcycle with his (professor) son. It's a quick read through the father's love of British motorcycles after WWII and throughout the 50s and 60s of customizations. The son and father never got along until they had the idea to build a custom bike together. And that was enough to get the old man off his deathbed and into the shop for one last build -- and then they still fought like cats and dogs! 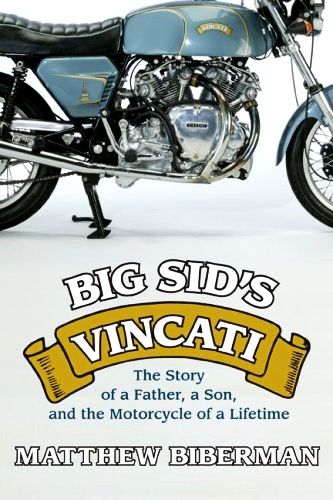 
And on the whimsical side, AJR's Bang:

General Software Discussion / Re: What was a great program that's now been forgotten?

Oh wow, I had definitely forgotten this one. Google's killed more of its own apps than any company in history!
5

« on: January 30, 2020, 01:37 PM »
Saw Joker last weekend and... meh. The character was not well-developed, just his history of abuse was slowly revealed while he almost constantly smoked throughout the movie. I don't remember the Joker being a smoker in the illustrated books I have. The last 15-20 minutes is the relevant part of the story. Heath Ledger still owns that character for originality.
6

General Software Discussion / What was a great program that's now been forgotten?

« on: January 24, 2020, 10:10 AM »
There are perhaps hundreds if not thousands sitting out there. There are some that are still available on the web(!) in some form, such as VuePrint. Can you think of others that should have never died?
7

« on: March 23, 2015, 08:13 AM »
Hi everyone! I haven't participated much in years because I've been off doing other things. Too much internet, too little sunshine. Among other things, I've friended many top performance photographers around the world and started G+'s first ballet community, Ballet Every Day. I even had nude ballet photos for a while until Google (and facebook) shot that down -- you know, any American social site can't handle a phucking nipple or slit! I don't know jack about photography, except that if I were a photographer I'd be raiding the local ballet company for photos, since you can tell a ballerina to do anything, and she can actually do it, unlike professional models.

Still using Linux (openSUSE), Android, Chromebook, but am delighted to see what Satya Nadella has done so far with Microsoft. Nadella seems also to have halted Microsoft's relentless patent-trolling, letting Apple take that lead, for, after all, Steve Job did invent hydrogen, helium, and nitrogen, and therefore everything in the goddamned universe is owned by Apple. Hope you guys are doing well; I'll be in and out.
8

Living Room / Re: What are Your Favorite YouTube Channels? Here are Mine for Board Games

« on: August 06, 2014, 06:20 PM »
Although it's quite basic, it's a start and will get better. Members from the Techsmith team take the first 25 minutes of this podcast to discuss why they felt they needed a ChromeOS/Linux presence for the app:
http://www.practical...tical-chrome-21.html
10

« on: May 28, 2014, 09:02 AM »
I've been a KDE fan for the simple reason that I like their software, mainly Gwenview image viewer and Dolphin file manager. But your attempts at Mint are similar to mine -- the distro is often too heavy for my hardware, and I just don't need all that stuff. To your point, I still say openSUSE has the best implementation of KDE, and like all distros, some swear by it, others can't stand openSUSE.
12

« on: February 12, 2014, 04:02 PM »
What Stoic Joker said. Before SOPA failed the first time, they were already readying 20 more measures to do the same thing. No one could keep up because idiots like Rand Paul are still talking about penis and Bob Costas's pinkeye. After so much battle fatigue, no one knows what they're fighting, especially when they know that even if you passed the law, they could easily say, "It doesn't apply to us," and just do what they're going to do anyway. That's why there was no outrage today.
13

Living Room / Re: A Table Tennis match turns into an amazing display of playfullness

Living Room / Re: Manning Verdict in: guilty on all counts but one

« on: August 15, 2013, 09:16 PM »
From Nuremberg to Manning, the US government/Justice Department just made the case in favor of the Nazis. "I was just following orders! I had no duty to report human rights crimes that I witnessed or was ordered to participate in."

Slow clap for the evil bastards. You can now rewrite the history books and explain how the world was wrong to oppose the Nazis. Manning's a hero, as is Snowden. That's the people's verdict, and always will be.
15

General Software Discussion / Re: Are you going to wait for Windows 9?

« on: June 11, 2013, 04:27 PM »
First, welcome Tosim, to Linux. You're going to love it. Made the switch myself almost 7 years ago(!) and have blissfully side-stepped all the weeping and gnashing of teeth that a life lived among Microsoft products brings. Every once in a while I'll visit that dinosaur site called ZDNet and see all the thunder and fury guys like Ed Bott scream while trying to [still] accept what Microsoft gives them before the next VP who was in charge of the update dashes for the exit door (Sinofsky).

My advice follows that of 40hz. And for those still on the fence, I suggest you simply load distros onto your old machine and use it for your daily tasks. Immerse yourself. And no, don't expect it to be a gaming machine for your Windows games or run Photoshop. But now that Photoshop is a cloud subscription, you no longer can use that excuse.

I use openSUSE because it's very liberal when it comes to software choice and it's uber-stable. Try Mint if your machine can handle it and you'll see all the endless things a Linux distro can really do. Good luck.
17

Living Room / Re: Worth Reading: Trevor Pott's editorial on NSA PRISM and its real ramifications

Hate to tell you so, but Richard Stallman said that all your computer data belongs to them:
"One reason you should not use web applications to do your computing is that you lose control," he said. "It's just as bad as using a proprietary program. Do your own computing on your own computer with your copy of a freedom-respecting program. If you use a proprietary program or somebody else's web server, you're defenceless. You're putty in the hands of whoever developed that software."

And then there is Paul Craig Roberts:
The presstitute media handled these stories in ways that protected the government’s lawlessness from scrutiny and public outrage. The usual spin was that the public needs to be safe from terrorists, and safety is what the government is providing....

There is no longer any doubt whatsoever that the US government is lawless, that it regards the US Constitution as a scrap of paper, that it does not believe Americans have any rights other than those that the government tolerates at any point in time, and that the government has no fear of being held accountable by the weak and castrated US Congress, the sycophantic federal courts, a controlled media, and an insouciant public....

If Washington and its presstitutes can convince Americans that courageous people, who are trying to inform Americans that their historic rights are disappearing into a police state, are espionage agents of foreign powers, America can continue to be subverted by its own government.
18

« on: May 28, 2013, 06:16 AM »
Cloud Atlas (2012)
The message is great, but the method is not, bouncing back and forth among six stories. Most of the movie the cast is in horrible rubber masks and heavy makeup to make them look old or weird and that alone is distracting for three hours. But sometimes they will stick with a story line for only a few seconds before bouncing to the next one taking place 150 years earlier. More aggravating than entertaining.

Jack Reacher (2012)
Tom Cruise plays yet another unbelievable super man/hero where he beats up five guys with his pinkie and spits bullets. It was okay because I like Cruise, but man, the dude is getting long in the tooth to play these roles. This is the only movie Cruise has ever played where he didn't have an extended running scene!

Out of the Past (1947)
Very fine film that the 1984 Against All Odds was a remake, but not entirely true to the original. Had several of the same cast members between both, though. Kirk Douglas in his second film and he was good. Mitchum smoked a lot and got his deaf and dumb employee to kill the bad guys. Mitchum got the girl in the end, but the wrong one! Jane Greer never looked better here.

Macao (1952)
Robert Mitchum at his best, lighting a cigarette every 16 seconds. And then there's Jane Russell in that white dress. Your jaw will hit the floor when you see it. The movie ended quickly, but Jane Russell was too hot even for Hollywood. Even her fellow actors couldn't help but turn their heads and go, "OH. MY. GAWD!"
19

Republicans have been fighting since the first Clinton administration to get an internet sales tax. I guess Walmart.com is hurting Walmart sales, is that the argument?
20

Open with a 3-sheet spreadsheet open, LibreOffice is using 128k of memory on my openSUSE Linux machine. I don't know what it would do on a Windows machine, which I assume you're using?
21 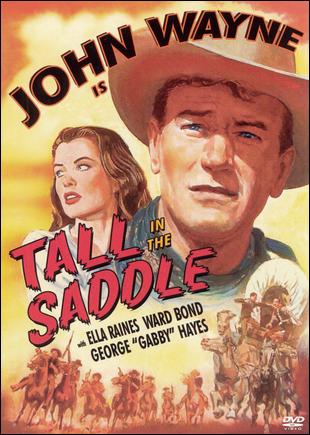 Tall in the Saddle
Surprisingly good story about a man who's framed for murder, but the good guys prevail in the end. Ella Raines takes charge and is hot from the start! Lots of famous people here, but this was Wayne at his best, even though I wasn't that fond of the actor. 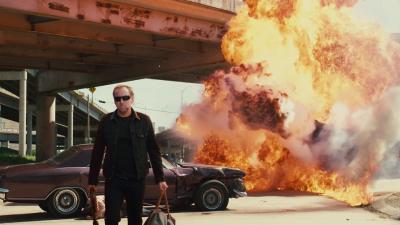 Drive Angry
Nicolas Cage is so bad an actor that I actually look forward to seeing what he'll do next, especially since he makes about ten movies a year. Cage escapes from Hell and comes across the smoking hot Amber Heard, and the two of them tear up the roads and the screen from there on. Lots of ass-whuppin, insults, broken bones, and even the cops get smashed and shot up.
22

« on: March 17, 2013, 10:27 PM »
Sorry guys, but I've got to agree with Dave Winer on this one. By Google killing its own RSS, suddenly there's new competition for that software space again, and one less space that Google won't control or censor: "People will be well-served by a newly revitalized market for RSS products, now that the dominant product, the 800-pound gorilla, is withdrawing."
http://www.zdnet.com...e-reader-7000012687/
23

General Software Discussion / Re: Is RedHat willing to concede too much to Micorosoft? Linus Torvalds thinks so.

« on: March 07, 2013, 03:58 PM »
Shuttleworth has long written checks his company couldn't cash on his Ubuntu claims. Forget his desktop products, which I think are mostly silly. Did get a chance to play with Ubuntu Touch (mobile) and while it's no Android killer, it's very nice. It needs work with bars disappearing too quickly and learning which type of swipe -- or tap -- opens what. But at least it's the first promising thing Canonical has offered IMO since 2006.
25

Living Room / Re: 25 ways technology has changed our lives