Latest Forum Posts
What they say about us..
Lizzy Nolan from Filecluster.com

What they say about us..

Automatic Screenshotter is a tool that lives down in your system tray and takes regular screenshots of your desk or the active window.

The intention is to be a fairly lightweight primitive "backup" tool, like an airplane black box, so that in a case of last resort (app or system crash) you can go back and see what was on your screen at a certain time in the past.

Future versions may expand to perform more general purpose automatic-screenshotting for folks who want to keep a complete history of what they were doing over time, etc.

In summary, the focus is on an automated system of recording recent activity on the screen, and trying to be well behaved regarding disk space usage. You should be able to set it and forget it, until you need to go back and see what was on the screen at a certain time in the near past. 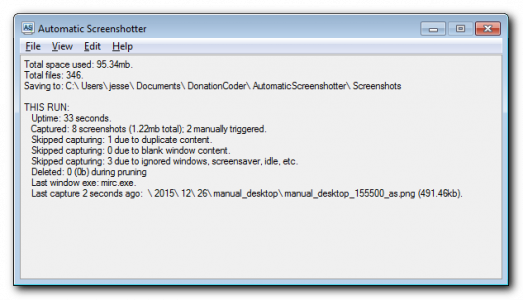 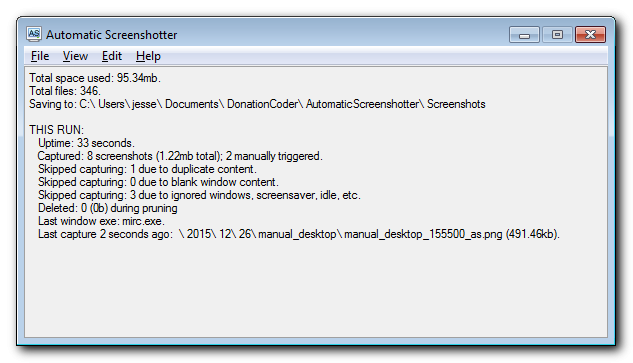