so code quality is probably not the highest possible.

As for other browsers, will try to make it work at least on Firefox, but not so soon, I'm afraid. Also I think they have a bug related to for loops.
7

« on: December 30, 2016, 04:41 AM »
The bug is very strange. I'm using ace editor and not hacking it too much. Do you have this problem also when you start writing script from scratch? Do you use Chrome? Do you have non-standard zoom? I cannot reproduce this problem.

There is a lot of stuff I wanted to add (and will add eventually, I hope), but looks like I failed to prioritise them correctly.
8

Description
SLogo is a turtle graphics program working in the browser.

Features
...and this is basically it. User creativity is required to make anything useful with the tools.

Usage
Using the Application
Go to http://tpreal.tk/slogo, write your script in the code box and press F9 to run. Press Ctrl+Enter to run the selected part of the code, or the current line.
Alternatively write a short script in the line at the bottom of the screen and press Enter. Up and Down arrows browse history.

Script to produce the graphics as on the screenshot (updated):
Spoiler
Code: Javascript [Select]

Tips
Pressing F9 stores current script in localStorage. When refreshing the page, it is loaded again (but without undo history).
Manual is missing, but many features are used in the example code. Some explanations:

It's true I no longer read the forum, but I still read newsletters! There is always something nice there.
10

« on: December 30, 2013, 04:13 PM »
Overdue question is a question that is already waiting for X% of its interval (I'm not sure about the value of X now, probably around 20). So when you add new cards, they become overdue quite quickly, but that's the point of quick repetitions - you just should answer before you forget. Once your interval becomes a couple of days or more (which happens after just 5 or so correct answers if you answer correctly each time) you probably won't hear the sound anymore - you will usually just answer cards before they have a chance to become overdue. As for "long overdue", there is no such thing in the app, maybe just the string could be improved if this is confusing.

The cloud backup is provided by Android and works automagically, I don't even know the details, I just use the API. And I verified that after installing the app on another phone, the data just gets there. However the app definitely shouldn't be used on two of your devices at the same time, I think the backup would get all messed up. So this is useful in case of accidental uninstallation of the app, or moving to a new phone.

There is also option of a local backup and restore to SD card, but it's not polished enough yet to make it available in the UI, so this will most probably come in the future.

Hmm, I'll investigate the Play Store, but definitely not yet. First I don't have time for this, and second, things like local backup and at least some form of import, should be there from the very beginning I guess, otherwise folk will just flood comments with "poor app, no importing, one star, uninstalling"

EDIT: As for the algorithm of changing the repetition interval, one bad answer cancels more or less three good answers. My experiments showed that this is generally a good value, but could probably be configurable. BTW, did you notice the "almost knew it" option, accessible as the icon on the bottom of the screen when answering a card? As the mini-tutorial says, long-press icons to learn what they mean.
12

I'll look at this closer when I have more time.

If you want the notifications to stop appearing without deleting your cards, you can disable card sets. Long-press a card set (then select all of them if you have more) and select Disable from the menu. They will be grayed out and inactive, i.e. the cards won't cause notification to appear. The time will go on though, so when you enable them, you will most probably be asked all the cards instantly.
13

« on: December 30, 2013, 02:17 PM »
Well, currently the notification is the only way to get to the screen where you answer the questions, so there is obviously no option to disable it... But it makes sense as a feature request to allow using as most of other similar programs work - answering questions only on demand. But the notification is actually the whole point and main idea - it reminds you of a word not just once a day or whenever you remember, but rather whenever you need to answer it to memorise it well.
14

As for importing a database of words, as I explained in the description: it's kind of a feature that you cannot import list of cards into the program - if you want to remember something, you just need to type it in first. This way you will only add cards that you really want to learn, and not just all stuff that you can find, which could turn out frustrating, and useless.

On the other hand I agree it could be useful, and it is sure to be the most common feature request. In the future I'll probably add a feature of importing a word list, with initial interval set to at least 1 day (otherwise it would be unbearable, trust me, I checked it

). But this is a plan for the future. For now I just add cards as I go, and I'm very happy with how it works

As for Play Store, the program would probably need to be better polished, and have a webpage or something. I'm planning to do it some day if I have time next year

« on: December 30, 2013, 07:17 AM »
It looks like I won't find many users here. Maybe there aren't so many Android users on DC. It makes me a little sad. But anyway, I renamed the post to NANY Release so here it is, my submission this year

I added a couple of screenshots, and the apk download. I also updated minimal version requirement to 4.0.3 (ICS). Please someone at least install it and verify that it works

as I never shared an apk file before.
18

Description
There's quite a lot of programs that show you some questions every day and schedule next repetition based on how well you answer. This program is somewhat different, and much more effective, I think.

The program is not fully polished, I stopped developing it a couple of months ago as it became functional and good enough for using, but I never put it in the Play Store or anywhere else. Maybe it's time to publish it finally, and NANY seems to be a great occasion for that.

It's also kind of a feature that you currently cannot import any list of cards into the program - if you want to remember something, you just need to type it in first. This way you will only add cards that you really want to learn, and not just all stuff that you can find, which could turn out frustrating, and useless. Although there might be some kind of import feature added in the future.

I've been using the program since almost a year (it became functional in the beginning of 2013, but was never published anywhere, so I think it qualifies for NANY), and I have in the DB around 3000 words and expression of a foreign language I'm learning (plus phone numbers of a couple of people I might want to contact ICE - might get useful if I lose my phone).

Download
First, make sure installation from unknown sources is enabled in your device's settings (it is usually somewhere in Security submenu). Then open this page on the phone and download the apk attachment, or scan the QR-code below. Select to save the file on your phone. When download is completed, tap it to install (the details might vary between phones, if the installation doesn't start, try opening the file from the Downloads directory via a file manager). 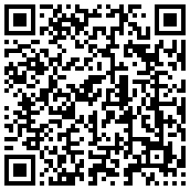 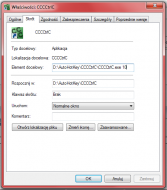 CCCCtrlC seems to be exactly what I need, unfortunately speed 10 is a lot to fast for me and I am not able to change the speed as described. Is it possible to get a precoded version with speed 50?
-pulsi (June 27, 2010, 06:41 AM)

I'm glad you like the program. I think it'll be easier to help you pass the speed as the argument. So here's how to do this:
If you want to change the speed later, just go to Start, Programs, Autostart and right click the shortcut to CCCCtrlC that you put there, and edit the target element field again.

Really, I played with various combinations for quite a long time before I finally chose this one. I think it just has to be as it is. Come on, it's not that bad.

I experimented with various similar combinations (especially the lowercase 'c' seemed a good idea) but those letters vary in width and the result seems even more jerky.
24

Some time ago I recommended Ditto here, but recently got disappointed with reliability of the latest version. At the same time I realized that I'm seldom using older clips, and that I can live without graphic clips as well. So I tried CCCCtrlC and I'd like to thank you.
-yksyks (November 11, 2009, 04:49 AM)

Thanks for letting me know.

As for your suggestions:

2. The thing that is displayed on the screen is not a form, but simply a tooltip, similar to those that are shown when you hold your mouse pointer over various elements of GUI in most programs. That's why I can't do anything more than just display text. The only thing that could be done is try to align the Cs by putting more spaces between them, but I've checked that it doesn't look better. So I'm afraid there's no way to correct it without breaking the almost no GUI principle.

1. Currently the selection doesn't cycle over the cccclipboards anyway, so I decided to extend the capacity dynamically so that you can pretend that it's fixed at any number you wish

And using more than 5 of them is not very convenient anyway. I thought about this but finally decided to leave it as it is. Again, the almost no configuration principle would suffer if I tried to change this

and I think it wouldn't be worth it.

- With every start of computer the exe-file of this programm has to be initilized. Why programm cannot start with computer?
-solaia (November 09, 2009, 07:12 AM)

Add it to Windows autostart. It's a simple program, you just need to do it manually, that's all.

I can't understand what you mean. First, probably you mean Ctrl+C and not Shift+C, second, I don't have any problem with anything double copying and can't reproduce your problem.

There's no install so there's no uninstall. Just remove the program from the autostart. To stop the running program, press Ctrl+Ins+V and select Close from the tray icons that appears.

Fazit: Just to test your nerves and to confirm that it is better to use commercial programms
-solaia (November 09, 2009, 07:12 AM)

I've been using this program frequently since I posted it here, that is four months, and if I had any complaints about anything, I'd simply correct it.

So, in general, I don't agree with what you say. Of course this program is a simple tool provided "AS IS", so it shouldn't be compared with commercial products, but on the other hand I haven't found any similar program, even commercial, that I liked more than this one.