Living Room / Article about men's reactions to being called "boss"

As it turns out, I’m not alone. The forums of Reddit, Quora, and Yahoo! Answers are filled with men—it’s always men—asking other men what it means when someone calls them “boss,” and whether they should be honored, amused, or offended. “It’s meant to insult you without you realizing it,” some say. “It’s just slang. Get over it,” others counter.

Why I Hate it When Other Guys Call Me 'Boss' 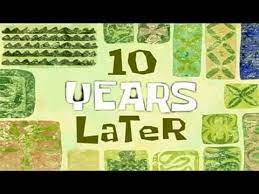 Although development on this has stopped, it has bothered me for some time that I lost the _OptParse.au3 file TaskDaddy depended on, and also it appears the whole internet has lost it as well. This prevented people from being able to easily build TaskDaddy themselves.  After being unable to find a good substitute for _OptParse, I discovered it was just as easy to use the AutoIt built-in $CmdLine array for both option and task parsing.  I also realized that, for interfacing with Outlook, I only use 3 of the functions from Wooltown's Outlook.au3, and 2 of those I had to modify, so I just created a separate module with those 3 functions. (In the meantime, Wooltown has redesigned Outlook.au3 into OutlookEX if you are interested.)

So it needs more testing, but as of today I think I've done it: created a buildable version with no missing files and pushed it here: https://github.com/daddydave/taskdaddy
No feature updates expected, but at least it can be built again. I'll update the first post in this thread soon. Thank you for your support!

P.S. I (re-)discovered this script only works when it is compiled, because of how the $CmdLine array works.
3

« on: May 31, 2021, 03:28 PM »
This is more "from the ground up" than the previous Python Humble Bundle I posted. (Oh and I just noticed this is not the only active Python bundle on the site. Search the Humble Bundle site for Python if you're interested, that one looks more advanced/specialized than this one.)

Humble and No Starch Press are bringing you the best and brightest information on Python programming with our newest bundle! If you’ve always wanted to automate, code, and program your way to a more effective and efficient digital life, ebooks like Python Crash Course, 2nd Edition, Automate the Boring Stuff with Python, 2nd Edition, and Beyond the Basic Stuff with Python will help you get there! Plus, your purchase helps support the Python Software Foundation and the No Starch Press Foundation! 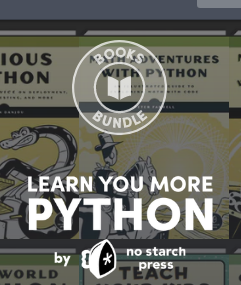 Now that I have your attention --

Where do I find the FARRFox plugin these days? I was not able to find it the forums, and apparently DCUpdater hasn't worked for a while.
I didn't even see it in the FARR Complete Addons zip even, I suppose it came out sometime after that.

EDIT: well apparently it is in the FarrPluginSDK in the path Samples\BorlandCppBuilder\FarrFox\Distribution\FarrFox Well hidden for us non-developers. I'll take it, just curious if it is anywhere else.
6

« on: March 10, 2021, 06:33 AM »
I also came here to say Image Grid is still a great program! I took a bunch of screenshots of a YouTube exercise video using Screenshot Captor, then made them into a grid, then printed and pasted into my bullet journal using Tombow adhesive dots. Works great in Windows 10, too!
7

I have updated and improved the instructions for my Codenames Play-on-paper game:
https://www.donation...enames-play-on-paper
-mouser (May 11, 2020, 04:59 AM)

Living Room / Re: Mini Papercraft models of Retro Computers to Print and Assemble

We've played about 4 so far, haven't won yet but we've gotten 14/15 at least one time and we learn something each time.

It seems to me that this would be useful for language learning too since it supports Unicode and you have game books of multiple languages and you can use custom word lists. Down the road I may give that a try as well.

Those are all great, 3 for 3!
Almost wish we had like buttons, I would have just used that..

Find And Run Robot / Re: Can FARR search Chrome bookmarks?

There are 2 parts of it

2. Configure the FarrFox plugin so that Search Firefox Bookmarks is checked and the path to the exported bookmark file is listed under Custom bookmark file locations (without quotes). 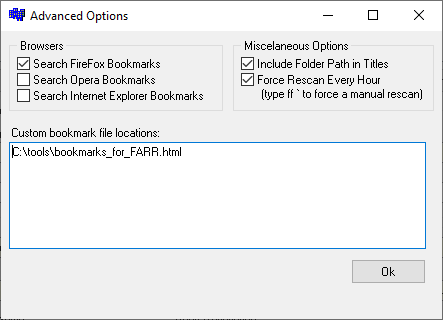 EDIT: Well, I just tried it again and it shows the Chrome icon now. Weird.
13 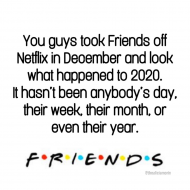 Find And Run Robot / Re: Can FARR search Chrome bookmarks?

Did this get any farther along? There is a file called Bookmarks which appears to be in JSON format here:

Clicking the link above gives you lifetime access to the following video courses on Real Python—no strings attached whatsoever:

How to Publish Your Own Python Package to PyPI
Traditional Face Detection With Python
Functional Programming in Python
Cool New Features in Python 3.8

I picked a selection of courses that will guide you through building some fun & useful projects. These are normally paid products available only on Real Python, but I’m making them available for free to you.

Once you redeem your gift code by clicking the link above you’ll get access to all of the course videos, sample code, and downloadable materials forever.

Please show your appreciation for this app and support its development by donating at https://www.donationcoder.com/Donate"


Asking for donations to support out work is forbidden.  We can charge for the app, but we are not allowed to ask people who like our work to consider making a donation to our website.

That sucks. What I have seen others do is create a second app which is just a paid Donate app which does nothing (assume that is still allowed). That doesn't really steer people to the site, but it's something.
17

« on: June 14, 2018, 12:02 AM »
I heard a story on NPR where a lot of people randomly receive merchandise from Amazon they didn't order, because a lot of the fake reviewers make verified purchases and have the products shipped to random addresses.
18

« on: April 15, 2018, 11:53 AM »
I have set this up on Firefox (still the Japanese super toilet of web browsers despite a few mistakes) after backing up my bookmarks
I am not sure if I want to do this yet but is there any server UI to put the SQLite database in a specific folder (in my case a folder that syncs to Dropbox)? I'm running the server locally to one of my computers.

Side Note: Avast told me it was safe but dropped it in the litter box or whatever they call it anyway (Virus Chest). Yet when I went to the Virus Chest to release it, nothing was there. Got it sorted, though (added an exclusion to the folder I extracted it to and rebooted).

General Software Discussion / Re: LogMeIn to shut down Xmarks on May 1, 2018

General Software Discussion / LogMeIn to shut down Xmarks on May 1, 2018

« on: March 31, 2018, 10:45 PM »
Sorry to hear this. I don't really trust the Firefox builtin sync, from the documentation it seems to be 2-way but that is not my recollection when I tried it. I have been using xmarks since app103 recommended it. IIRC it was after delicio.us went away.

« on: March 31, 2018, 09:19 PM »
Waking up this thread to say -- Long time no see, mouser! I had no idea this app existed, I was just curious if there was any living room talk about intermittent fasting! It turns out I have been intermittent fasting since January 14 and have lost about 22 lbs. (Perhaps I did see it earlier but before I was intermittent fasting so it would not have meant as much to me.) I started off at 16:8 but nowadays I try to have a feasting window of 1 to 4 hours (20:4 to 23:1), and I choose the start and end time daily based on my mood that day. Sometimes I need to edit the Start and Stop time because I change my mind. I have no particular dietary restrictions, although I am free to tweak it if I hit a plateau. In the context of your app, my fasting style does not seem to have a Normal mode, or else Normal and Feast mode are the same thing. I installed your app, but I could not figure out if my fasting style is compatible.  Currently I track my fasts using the Vora app.  I am not following Leangains, I am following the book Delay Don't Deny by Gin Stephens, who leans heavily on on Dr. Jason Fung but without a low-carb emphasis. Most of us don't track calories or macros. She also co-hosts a podcast called the Intermittent Fasting podcast, along with Melanie Avalon, who also does IF but she does paleo as well. At the job I started last year, there are at least 3 of us doing some kind of health or weight related fasting, and we are doing three different flavors of it. I think a 4th is doing some doctor-prescribed fasting to fight inflammation.

In my particular tribe of IFing people, there is a demand for an Android app that allows you to track the feasting window, not just the fasting window (there is an iOS app that does so). Vora is considered the best for Android, but it doesn't have that particular feature.

More people should definitely know about intermittent fasting, it is pretty amazing. I think it is becoming more mainstream, though. I am starting to see more positive articles in mainstream news about it, although everyone seems to have a different version of it.

You know, I need a good kick to go ahead and get the premium version of MalwareBytes Anti-Malware, and that may be it.

Side note: Is it just me or does the recent MalwareBytes UI makeover make it look like fake anti-malware? It's bad enough that I have to explain to people that it is very legitimate in spite of having the name MalwareBytes! I guess it's fake anti-malware's fault for being so slick-looking.
25