I enjoyed the following about ice recently:

A bit weak toward the end -- lacking footage / images, but still fun.

Can't honestly say that the channel is a favorite as I've only seen one thing from it.

Does anyone watch this channel?
2

I recently tried a 28 inch screen.  Unfortunately, I experienced pain and odd sensations.

One of the stats I've started to pay attention to is: https://en.wikipedia...ela_per_square_metre

It looks like it's easier to find things that are in the low 200s these days.

Keeping distance from the screen seems to help, but there is only so much one can do and what's the point in a large screen that's too far away

This has been my experience too.  Stylus technology and software that utilizes it has improved sufficiently in some places -- am hoping this trend will continue.  The issue of how to carry a stylus without losing it doesn't seem to be well-addressed yet though IMO.

Partly my switch is about eyesight changes and monitors. I really really like big busy monitors, but the brightness overwhelms me now after a few hours

I don't typically last that long.  I've coped by using an e-ink reader for certain activities (unfortunately, this technology is really taking a long time to develop nicely), staying far enough away from displays (not easy for a tablet one is holding), reducing exposure, using a single display, keeping my code within about 80 columns, etc.

One thing I found that helped on the hardware end of things was Samsung's OLED displays.  This doesn't really help for external displays (too expensive / unavailable), but for tablets and phones, it seems to be less problematic on my eyes.

I learned about eye issues a fair bit from: https://ledstrain.org/ It appears people suffer for a variety of reasons and there doesn't appear to be a single practical "drop-in" solution, but there are many ideas there to learn from.
7

General Software Discussion / Re: Chrome Extensions: Your favorite or most useful

Nice!  Had been using "Dark mode / night reader", but this one looks worth trying

I currently switch among these three:

The first two are nice in that each can be easily used with either hand.  The Kensington's scrolling is probably easier for most folks, but I've found over the years that the buttons don't seem to last (I've gone through multiple devices, so I suspect it's the way it is with this model).  The scrolling for the CST took some getting used to, but is the smoothest I have experienced.

After some practice I was able to use the third device (the DEFT Pro) with my left hand without too much trouble.  (I'm not left-handed, but have found that typically keyboards with keypads make having the trackball on the right kind of awkward, so got used to using a trackball on the left.)

I had avoided the DEFT Pro and similar right-handed-only-ish trackballs but it appears that in some cases the barrier is not one that cannot be overcome.

I prefer to have a wired experience, but the DEFT Pro is flexible in that it can do that as well as Bluetooth as 2.4 GHz wireless via a USB dongle.  I tend to take this one when traveling as it's smaller than the other two, and the non-wired experience can be handy when the micro-USB cable it comes with has been put to use to charge some other device

It's true that all of these devices are rather pricy.  Occasionally, I see a good discount though.

I sometimes use: https://www.trackbal...bit-wireless-mobile/ , but find the scrolling "ring" area to be difficult to use.

I used to use: https://www.trackbal...ll-with-scroll-ring/ , but one of its buttons failed and I wasn't keen on repeating that experience so soon.  If the build quality were to improve, I would go for this again over the Orbit Wireless Mobile, because the scrolling is much better.  Neither have 3 buttons though, which I've come to appreciate.
9

Persistent malware reinstalls itself on Android devices even after factory reset
-Arizona Hot (February 15, 2020, 09:21 AM)

I looked into this one a bit and found that at least in some cases it appears there may have been something pre-installed with the OS.
10

Coincidentally, just installed this within the last week

The attraction points for me were: multi-platfom + written in Rust.
11

I know, I attached a Windows compiled version to my post - the mention of WSL was just in case someone felt like going that way, (eg. keep it all under the WSL subsystem as a Linux program rather than install compilers, etc into their Windows environment to get it).
-4wd (March 19, 2020, 11:56 PM)

Ah, I saw the attachment, but I see I didn't read your post closely enough, sorry about that.

Something that I think might be comforting- words from the epidemiologist who helped defeat smallpox.

Thanks for this link.
13

I suppose this is rather late, but just tried without WSL and it compiled and ran fine in my limited testing.
14

Had never heard of AntiDupl, thanks for mentioning it.
16

Would be interesting to see other such lists -- I have a hard time imagining that Windows is the only thing like this.
18 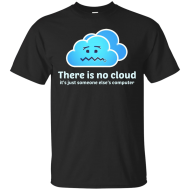 Luckily, I only have small docs to work on ATM.
25