Just had to delete the Iconhandler for .exe files.

Yeah, the items do launch correctly, and explorer and all other programs show them correctly.
I suspect the issue could be due to my icon theme.. I'm using IconPackager, and if I change the icon theme, the icons in FARR change as well.
The icons in the screenshot is basically the icon for default/unknown file types.
I have tried reverting back to the system icons and even tried uninstalling IconPackager, but that only changed the default icon and the issue basically remained. (Note that IconPackager doesn't actually modify any system files).

Anyways, it still doesn't explain why some icons show up and some don't. And also, why it appears to be affecting only FARR.

Does FARR use a non-standard method to display icons?
3

Will offer a nice bounty for a solution that doesn't involve re-installation of the OS.
4

Since I installed Windows 8.1, none of the icons for non-system EXE and LNK are displayed correctly. 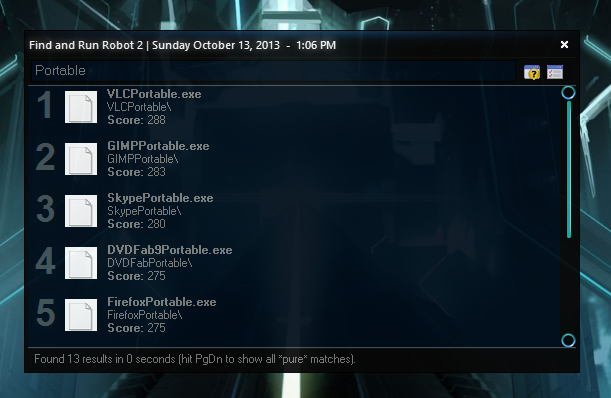 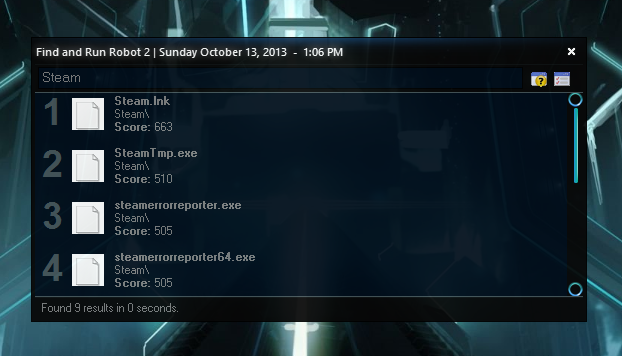 So far, it seems to be affecting only FARR.

I have tried rebuilding my icon cache, running an SFC, and also tried a fresh installation of FARR with the same results.

Any suggestions on how to fix this is highly appreciated!
5

Living Room / Re: what are the merits and limitations of the different types of flash memory?

« on: August 22, 2011, 02:26 AM »
SD Cards in general are quite slow. The most commonly found cards are Class 4, which means a write speed of 4MB/s - compare that to a decent USB flash drive which is around 10 - 20 MB/s. Note that there exist Class 10 and 16 cards as well, but naturally they're much more expensive. More importantly, the card reader should be able to support those speeds as well. An even more important fact is that the *read* speed is often only just higher than the write speed, which is upto 9MB/s for a Class 6 card - which is incredibly slower than your run-off-the-mill USB flash drives. (Note that sequential read speed is around 20MB/s but you won't be seeing those speeds unless you're doing long sequential transfers, such as installing Win7 or reading other large files like movies, ISOs etc. XP install will be slow because it reads a large number of small files, which takes ages). Random write speeds are even worse - usually in order of KB/s.

Also, there are issues booting from SD cards on a lot of computers. My Dell netbook for example doesn't even see the card when it's inserted in the internal reader, however, it's able to boot off it just fine when a USB based external reader is used.

Finally, it's usually cheaper to just buy a USB stick than go for an expensive yet comparatively slower SD card. Besides, it's really easy to loose those tiny microSD cards! Imagine loosing 16gigs of stuff because it fell out of your pocket and you never even noticed it...

The photos I uploaded to PhotoBucket when the site first started (2003?) are still around.

I would bet my data more on online storage than on paper or disc. Sure, one server may get wiped, two servers even. But what about three? Just don't store all your eggs in one basket.

« on: October 04, 2007, 01:17 PM »
Why not just store the data online? Assuming you've put your files on a reliable host that's likely to function for many years, it's no longer your headache to make sure that the data doesn't deteriorate.
8

The configuration set-up screenshots make it look complicated.  How do you compare it to FARR and SlickRun?  SlickRun, at least, looks comparatively simple on the surface.

Also, I see Executor has "limited functionality" on Win9x which I still use at home

It certainly has some features that both of them don't have. Don't ask me to list them, they're way too many. The options screen isn't *that* complicated if you just go through section by section. Besides, the installer has a wizard that will set it up the way you like. If you like a minimalist design for instance, Executor can be set up in that way.

About the Win9x compatibility, I suppose the "limited functionality" isn't anything major, probably something like transparency not being available. Any particular reason why you're using Win9x at home?

@edbro: Yes, Executor does search for programs, but it doesn't do bookmarks

I guess I'll have to drop another note to the author

« on: October 02, 2007, 11:11 PM »
^ "somewhat compatible"? It's already "somewhat compatible". I've been using ROS in my boot cd for emergency operations and found that it can run quite a few win32 programs with ease. There have also been some hybrid LiveCDs projects which mixes binaries from ReactOS and WinPE to get really small and functional LiveCDs. This is more proof that ReactOS is quite compatible already.
10

Personally i would much rather wait for a new clean operating system than deal with *nix.

I stick with windows mainly because of the applications available.  But like switching languages, i'd be prepared to switch if i found something nice and clean and elegant.  linux is none of these (imho).  It's a mess and burdened with the baggage of it's history.  Both windows and linux are suffering severely under the strain of age.
-mouser (September 28, 2007, 12:00 PM)

How about ReactOS? It started off fresh, is based on the principles of nix and is binary compatible with windows

Although it's not yet "there", but I feel more people would switch over to ReactOS instead of Linux once it's there, myself included.

Other promising projects are SkyOS, E/OS and TinyKRNL
11

• Select your account's sub-key by looking at the ProfileImagePath string on the right-pane.

• Once you've found the appropriate key for your account, just edit the ProfileImagePath string.
12

It has one of the lowest memory/cpu footprint, so it's fast even on my 400Mhz PC.

There's hotkey support, so I can launch my fav. programs without even activating the command bar.

The best thing I like though, is that the author is super-fast in fixing bugs. He's also quite approachable and open to new features/ideas.
13

It isn't a panacea though as many programs don't behave well and use their own temporary files - usually stored in your user profile hidden "Applications" or "Local Settings" folders and I haven't found a way to move those off the system drive yet.
-Carol Haynes (September 30, 2007, 06:36 PM)

I've been changing my %tmp% and %appdata% since Win2k and haven't faced any compatibility issue yet.
14

SpaceMonger Displays files and folders as boxes, with sizes relative to space taken on disk.
http://www.sixty-five.cc/download/
Even though there are some freewares approaching SpaceMonger, SpaceMonger is still far ahead of the lot.

I use http://www.changedetection.com/ and http://www.watchthatpage.com/ to check websites for updates. The best thing is, I don't need to run any application on my PC. They provide free page monitoring services and will report changes to your e-mail.

As for SpaceMonger, I've never heard of it, but the original idea was developed by TU/e - it's called Sequoia View, and I've been using that since many, many years. You can get it from here: http://www.win.tue.n...equoia/download3.cgi
16