You could also just go through changing passwords to everything that is unencrypted.  Then they would be wrong on the cd/dvd.

Hopefully none of the passwords are shared somehow...
153

Do these free software above help to remove the buzzing "zzzzzzzzzzzzzzzzzzz" sounds from my cassette tape recordings?
-CoderBoy (July 04, 2007, 03:17 AM)

I thought Audacity would do that... I've barely used it though.
154

General Software Discussion / Re: A question about DRM

« on: July 04, 2007, 03:36 AM »
It is fair and legal to copy video to other media, audio too. Don't let "them" tell you otherwise. Breaking DRM is however illegal. I don't know all the details, but there's a provision in the DMCA (Digital Millennium Copyright Act) that makes circumventing digital protection schemes illegal, no matter how much of a right you have to do so.
155

If you're paranoid, and have the time, and the CD to waste: you could burn the full files, rip them to .WAVs (which should maintain 100% quality), cut, then burn again.
156

General Software Discussion / Re: ZoneLabs makes the worst garbage ever!

« on: June 25, 2007, 03:58 PM »
Thanks for the pic Curt! I wondered if it would have a parent window with pallets (instead of 3 separate windows that they use for some ungodly reason in normal The GIMP).

Having everything in one window does appeal to me, but personally, I hate Photoshop's UI so anything that emulates it immediately looses points in my book.

@zridling, PFS(?) 9 is one I actually tried. It does indeed seem like a very nice program, and the price is hard to beat, but to me it also feels a little unfinished. Maybe unfinished isn't the right word... I can't put my finger on it. I guess the options menu was a big disappointment for me, it kinda gives the impression of "hey, here's the program, take it or leave it". I'm unfortunately leaving it. I will check out the copyright feature before my trial expires though!
158

...
AFAIK the main purpose of setting PAR in a mp4-type file is for the correct display of various wide screen ratios without any letterboxing (as you often get with 16:9 DVDs). Encoding black letterboxing is not good with mp4.
...
-mikiem (June 24, 2007, 03:20 PM)

The main reason I'm going to keep that PAR is to maintain quality (no scaling until playback). But avoiding letterboxing is also a very good reason for PAR.

I haven't had to crop anything yet, but I think I'll probably crop the letterboxes out completely and resize it slightly so that each dimension is a multiple of 16.

Regarding Nero, I've waved bye bye that that POS a long time ago, and I refuse to believe any "one stop solution" can offer anywhere near the quality:size ratio I'll get by using AviSynth and a little elbow grease.
159

« on: June 24, 2007, 02:08 PM »
Well, I'm giving up on StaxRip. It's sad, I thought it was the shit, but I was wrong...
The final flaw was that I cannot easily set the aspect ratio of the container. Since my main goal is "high quality" I've decided that since I'm using DVD video (which is always 720x480) as the source I might as well encode the final video at 720x480 and set the aspect ratio of the container (mkv in this case) to whatever it should be.
It is possible to change the aspect ratio in StaxRip, but you have to edit the command line sent to the muxer. I'm fine with that, but it doesn't seem possible to set it for a template (so it would have to be edited while setting up every encode).

So, the hunt continues...

[edit]Actually, going to postpone the hunting and go for creating. I wonder how much easier this can be using the command line interface of these programs and AutoHotkey...[/edit]
160

I love buying... well, everything on eBay! I would say the opportunity for someone to sting you is high, but the chance of it actually happening is very low. Smart shopping helps your chances I'm sure.
161 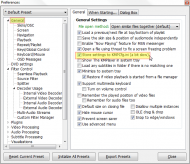 Check that box to make a very large KMPCfg.ini file (mine is a whopping >27k!)

« on: June 20, 2007, 12:12 AM »
My latest, brief, encounter with The GIMP was overall OK (I refuse to believe the zoom was suppose-to act the way it did, and the rest of the problems I chalk-up to bugs). I look forward to the next version (or the first version that is Vista x64 compatible)!

None of the other softwares that I've tried receintly seemed like they would be able to compete with a working GIMP, especially when you consider the price!

OK, Photoshop probably could, but I find that it's equally difficult and unintuitive (and has an only slightly less-ridiculous UI). But the $650 spent on PS could buy you a pretty darn decent dedicated Linux computer. Or, a 24" LCD 1920x1080 monitor!
163

General Software Discussion / Re: How can I save a Quicktime Movie I watch on the internet to my computer

"Can be used to watch other folders."

Maybe you can set it up to watch the Firefox cache dir?
165

« on: June 18, 2007, 08:03 PM »
I thought I might have screwed up my codecs and stuff at one point through this, it was after I installed the lagarith codec, nothing wanted to play. I forget what I did to fix it though, I think I just installed Xvid again or something... Or maybe I just restarted my comp? The problem didn't last very long so it's hard to remember the fix. 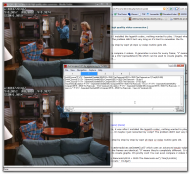 For some odd reason using the same source file, the same settings, with the same version of x264 (661) (the same everything) I'm getting slightly different encodes. It's definitely not enough to notice, but Beyond Compare and SSIM can tell. I don't care very much, but it does bug me a little... I didn't think this was suppose to be possible with com-poo-tars. It's as if x264 has a random number generator in it somewhere...

There's a tool and plugin for parsing AVC video into AVISynth. It's quite handy... It's made by the same dude that wrote DGIndex (formally DVD2AVI). It's called DGAVCDec and works exactly the same way.
166

General Software Discussion / Re: How to make a video from a sequence of images?

You should then be able to open the "video" in pretty much any video program (even a media player) and export as whatever that program supports. You can even apply other filters to the video if you want...
167

General Software Discussion / Re: How can I save a Quicktime Movie I watch on the internet to my computer

With URL Snooper and a little bit of leg work you can download all kinds of stuff you're not suppose to!
168

I'll check it out.

Re: pictures... yeah, I used to always host pics on my own site, then link to them here. Mostly because I'm used to -other- forums where the attachments are so restrictive, here you get 8mb (which is awesome!) and you can post tons of different file types. Screenshot captor makes it even better since it's got the super convenient "Copy path to clipboard" button.

I also like to use the "Shadow" button, it just makes images look SO much better!

General Software Discussion / Re: Are you a hardcore software fanatic or a poseur?

In my "ProgNoInst" folder I've got 18 other folders and in "ProgNew" I've got 28. I figure at least a few folders have 2+ programs installed. And in the 2 "Program Files" folders on the C:\ drive I've got a total of 38 more folders, but not all are "programs" (and I care about even less of them)...

General Software Discussion / Re: Expand my desktop size above my maximum screen resolution?

« on: June 17, 2007, 02:53 PM »
Sometimes just setting the resolution higher than the display size will expand the desktop past the edges of the screen.

Look around the display properties for an option like "Don't show resolutions the monitor cannot display" and turn it off. I think it warns you that it might damage something or something, but I doubt it would. I'm no monitor expert though.
171

I don't know anything about malware, is it possible it worked because it was executed by a local user?
173

General Software Discussion / Re: More about e-mail web based and other

Well, there goes any chance I had at getting my sister to use Thunerbird... $20 for a lifetime... MAYBE, but a year? That's just greedy!
174

Sometimes I skip steps when I do stuff like this, a step I skipped here is "what the heck is all this YUV/YV12 gobbildygook everyones's talking about? Well, This Website explains it all... or at least it explains enough that I feel like I know it all...

VirtualDub (and variants) run in RGB mode when you use Normal Recompress or Full Processing Mode (in the Video dropdown menu). All of VirtualDub's internal functions and filters run in RGB colorspace only. However, Fast Recompress doesn't decode the video to RGB, and instead just passes whatever your source is into the compressor you've selected - thus if your source is a YUV type then it passes the video data as YUV into the video compressor.

The rest of the page is an interesting read, check it out.

So a person like me who sees "Full processing mode" shouldn't automatically assume they're getting something better... 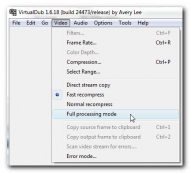 I wonder what effect this'll have on my encodes, if any.
175

« on: June 16, 2007, 11:42 AM »
After trying PSP XI a little; I didn't notice any severe problems and am pretty impressed. I even created a cool CD image (which I'm pretty proud of) that I'm using for a couple icons in Directory Opus. 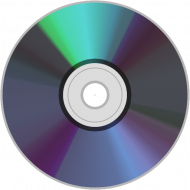 I think PSP is one of the most intuitive paint programs out there (I haven't tried them all though, but I'm attempting to). But I must say that I was missing some of the features I managed to discover in The GIMP during it's 1 day on my computer. The most notable would be selection constraints in The GIMP. By holding Shift, Ctrl, and/or Alt you can force the selection tool to be constrained to different shapes/have different origin points. So, if you're using the 'Circle' selection tool, you can hold one key to make the cursor the center of the circle, by holding another you can force the selection to be a perfect circle, and by holding both you can do both. VERY handy IMO!
Pages: prev • 1 2 3 4 5 6 [7] 8 9 10 11 12 ... 22 • next
view mobile/wap2 version of this page