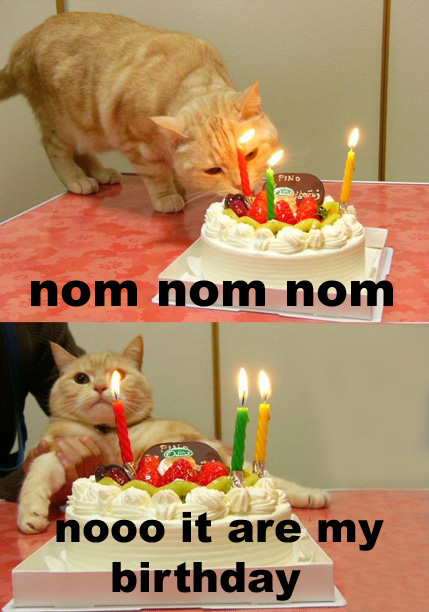 I think the NSFW tag needs to be used sparingly.  Imagine coming to a forum for the first time and seeing NSFW on numerous posts.  I think that would turn people away, and fast.
-Veign (January 03, 2008, 06:45 PM)

I think mouser's thinking of implementing many tags, not just NSFW.  Thus it won't stand out; it'll just be one  selection among many keywords.  I hope we get to create our own tags; this would let the forum self-organize itself into topics everyone cares about.

Again, where do you draw the line.  NSFW tags only work when the person creating the post feels its not safe for work.  What if I feel something is perfectly safe.

You can't, really.  One surfer's filth is anothe's treasure... and that will never change.  But there *are* extremes everyone seems to agree about, and I think (hope) that's what we are discussing here.  The grey area will remain as it always has, and some of it will be marked NSFW and some of it won't.  I think that's a fair compromise.
30

« on: January 03, 2008, 06:29 PM »
Are you after binaries, or just text?  Most of the command-line utils (nget) are geared towards downloading huge multipart binaries and assembling them for you.

Windows PowerShell (a free Microsoft download) has a command-line nntp client.  Since PowerShell is at its heart a scripting environment you should be able to put something together yourself; since the nntp client's in there it *has* to be scriptable.
31

Profanity is in the mind of the beholder, so attempts to define what is or isn't okay to see on DC will fail.  Automatically.  It just doesn't work.  Either you define strict standards (which is a ludicrous exercise in and of itself) or you leave it up to the mods, who being mostly human, will each have their own internal pr0n compass settings.

So CodeTRUCKER, I must submit my humble findings: that the defendant is guilty and must hang by the neck until dead.

CodeTRUCKER in all seriousness, I get what you're saying.  There are things that would make me uncomfortable were they posted here, but I gather my tolerances are set wider than yours.  But I respect the fact that you find certain things objectionable, and thus would not knowingly email you an offensive link/image, or otherwise trick you into viewing something you consider unpleasant.  I also promise to use the NSFW tag frequently since I have a fucking foul mouth.

I think the only approach that covers everything is the voluntary marking of NSFW material, as mouser suggests.  That way the reader can make their own informed decision.   Anything beyond that (such as categories or banning certain words/ideas) will suck up all the oxygen from this wonderful place and turn it into  a clone of other forums, the ones ruled with an iron fist clutching a thesaurus.

We really shouldn't expend too much effort moderating others' content, so...

Here's an idea: Codify the NSFW tag.  Modify the forum software such that each thread and post has a NSFW checkbox, settable by the author.  Then each user's profile has a "View NSFW Content" checkbox.  Then the system automatically hides content for which the NSFW flag is set, and CodeTRUCKER never need to see the questionable stuff again.  I imagine a lot of folks would take advantage of this feature too, especially those who surf from restrictive workplaces.

It'd still be voluntary by the author to check the post's NSFW thingie on, but moderators could do it too if a disagreement breaks out and nobody can decide if "shniggles" is a naughty word or not.

Just an idea; if modding the forums will fracture the beryllium sphere or something, nevermind.

Currently I am writing a little something, but have gotten bogged down in theoretical physics.  Help!

I need some simple(?) questions answered about sub-atomic particles, both real and theoretical.  If you yourself have physics in your background, or smash things together in a collider for work, please drop me an email:

I know a LOT of people read the DC forums but never post; this plea goes out to you as well.  If you don't want to break cover, that's fine -- all correspondence will be offline.

And while I'd love to see a thread here on physics, I'm keeping my own project quiet for now until it's complete enough to show around.  Rest assured, if anything comes of it I'll share with the DC community. 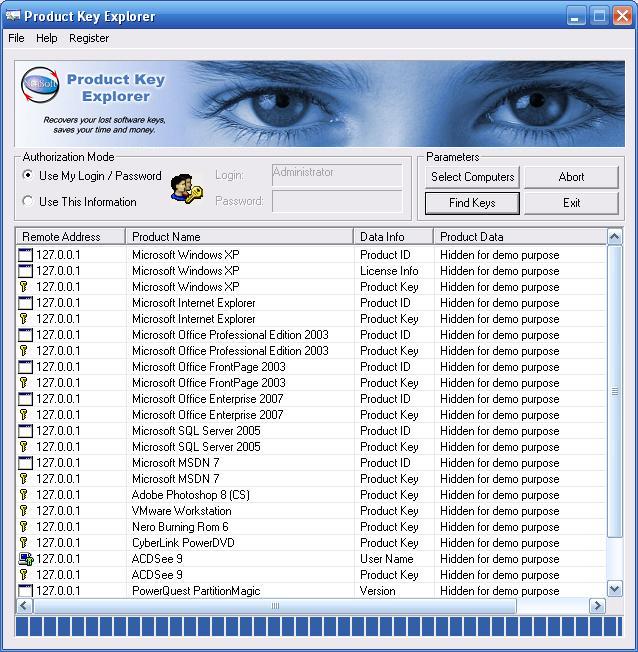 Once it populates its list (from a database of over 200 common applications) you can view, recover, or backup your keys.  Perfect for migrating to a new computer, or recovering from a crash.  It's not free ($24 USD) but there's a 15 day free trial if you're curious.

Other product-specific solutions exist, many of them free, but I've never seen a single comprehensive solution like this before.  If anyone tries Product Key Explorer out, please post your experience -- I'm very curious.
34

Ah.  Thanks for the clarification.
35

General Software Discussion / Re: How many of you use encryption?

Really?  I've had the opposite impression.  One thing FF does that IE6 does not is render the page as it downloads, showing objects as they arrive.  You can work with a page before its finished rendering, even clicking away if a link appeals.

IE6 on the other hand seems to wait until the last moment, then renders the page all at once.  It's instantaneous, but in many cases after a longer wait.  Especially if the page as numerous links to PayPal, Amazon, or Google metrics.
38

General Software Discussion / Re: How many of you use encryption?

I experimented with PGP a few years ago and found the whole mindset & workflow cumbersome.  I use TwoFish encryption in some of the software I write for security related objects, and offer it as a feature for "regular" data.  None of my customers avail themselves of this feature -- not sure why.

For normal correspondence I find most people don't understand what I say anyway, so it seems a waste of time.
39

One concern I have is what happens if the uberNote servers go away, either through mishap or (no offense) if you guys go out of business.  I looked through the demo but couldn't find any means of exporting or downloading to a local drive.

How would one go about making an offline backup of their notes?

Also, much of what I store as "notes" includes embedded binary data such as bitmaps and document files.  Often times I'll start a document in MS Word and drop external objects in there, including other Word docs or Excel spreadsheets.

How does uberNote handle that?
40

Living Room / Re: The Beatles Cover Stairway to Heaven

Living Room / Re: Top 10 Signs Recursion May Be a Problem In Your Life

Security, apart from a gazillion things more. IE7 comes with Windows, so even if you don't use it, I don't see why it should not be updated, just like any other Microsoft app.

Good points, but as I said, the only time I use IE is when running Windows Upate or checking my Hotmail account (rarely).  Is security a big deal under those circumstances?  99.9% of my web access is through FireFox, which I *do* keep patched religiously.

Besides, Internet Explorer still gets launched by certain software or from certain parts of Windows (HTML Help), and you'll want to have the updated rendering engine around for software that uses it to show information from the Internet.

Assuming the software respects my "default browser" setting, I usually get FireFox.  Even from Microsoft Apps.

Windows Help and MSDN Library *does* use the IE rendering engine, but due to its very nature they must remain backwards compatible.  If a help file won't render in somebody's straight-off-the-CD IE6 that's unacceptable, and MS knows this.  So it's not like a Windows .CHM file is going to approach the complexity of the Acid2 test or anything.

And I don't consider Windows Help particularly threatening malware wise.  Should I?

(Note that FF is my primary browser; the only time I see IE is during Windows update or Hotmail sessions.)
45

General Software Discussion / Re: Need help with a name for my new NANY program

« on: December 20, 2007, 07:47 AM »
This is not aimed at anybody, and thanks Josh for posting the IE8 update.  It's good to hear anything on this (apparently) super-secret black project from Microsoft.  But am I reading it correctly?  Basically they're pleased because... it works?

Yes, I know it's an important benchmark in the IE8 development process, but how long has it been?  5 years?  And just now they've gotten it to meet expected rendering standards?

Pardon my apathy, but really... do I need another browser?  It's like everyone's trying to reinvent the spoon here.
48

9. "Church of Cody Meeting: Date changed from MouserDay to CodyDay."

7. "Since Apple merged with Microsoft, which company is it okay to hate now?"

4. "Poll: Should Artificially Intelligent SpamBots be allowed to post?"

3. "IDEA: Need an app to keep my robot lawn mower out of the house."

2. "Has anyone else noticed Google is now indexing your thoughts?"

Scheduled to open in 2008 for a cost of $1.1 billion, the Restless Planet theme park in Dubai will feature 500,000 square feet of recreated prehistoric landscape, inhabited by 109 robotic dinosaurs representing more than 40 species.

And it's not silly Rainforest Cafe stuff: these machines are designed by Kokoro Company of Japan, makers of museum-quality animatronics such as those found in the Natural History Museum of London.  One T-Rex is programmed to track people in the crowd wearing red -- as prey.

To insure accuracy -- because what could be more accurate than mixing together 40 different species representing 500 million years of evolution -- Palaeontologist Jack Horner has been consulting on the project, as well as the production team from the BBS's Walking with Dinosaurs series.

And if dinosaurs aren't your thing, it has a monorail too.

The only thing it's missing: an audioanimatronic Michael Chrichton being eaten by a T-Rex.
50

Living Room / Re: Top 10 Signs Recursion May Be a Problem In Your Life 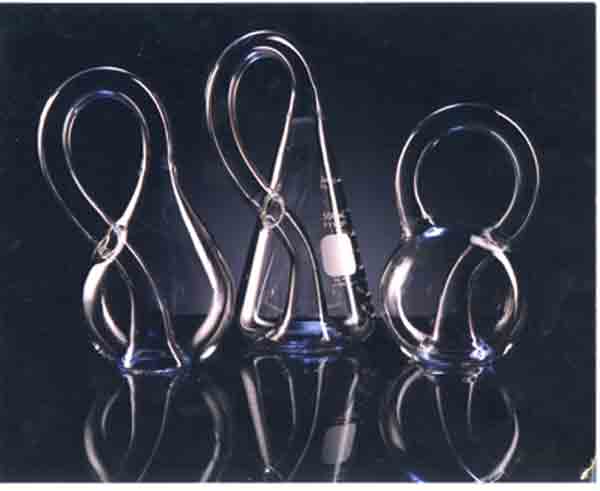