Announce Your Software/Service/Product / Re: [Freeware] A simple and handy MP3 Cutter and Editor

Does this mean if an MP3 is decoded to WAV, cropped, and then re-encoded to MP3?

If so, surely this means further degradation of the original file?

[Of course I understand that other operations such as fades would necessitate re-encoding since the underlying data is actually changing!]
102

Announce Your Software/Service/Product / Re: [Freeware] TimeClue - a simple time reminder that fades the desktop

I have dual screen setup, and only my primary monitor fades... is this something you could rectify in the next version?

Thanks for sharing your work

Tip: Find a tea-towel or head scarf and drape it over your hands and keyboard so that you can't cheat! You'll be amazed how often your eyes flick down to the letter "just to check".
104

Living Room / Re: Loss of ownership / control over a .org domain - advice requested

The Charity is going to contact VWNames and hopefully talk to someone who will be compassionate!
105

The domain was registered for her by her web-designer, in his name. He turned out to be a nasty piece of work, trying to extort money from the charity, so he was dumped by the charity, but they failed to get the domain signed over.

Renewal date arrived, but they were unable to renew since the domain was in his (the unscrupulous designer's name).

The registrar is Tierra.net who said that after 75 days in limbo the domain would be released back on to the open market, and the charity could purchase it again.

My friend made a note in her calendar, and after the allotted time tried to buy the domain, only to find that someone else (VWNames.com) had already bought it!

For now the charity has a mirror site located at http://women4resources.co.uk but the .org tld is listed on all their literature...

So, what should she do?

VWNames have no right to the name and no desire to own it - other than to make a fast buck selling it back to the rightful owners!

How did they get in there first?

Does a charity have any legal claim over a domain if it shares their registered name?

The lack of regular expression support in Office is quite frankly astounding.
-Renegade (March 16, 2011, 07:10 PM)

Glad you agree! I realise that they are available via VB, but why on earth can't I have easy GUI access in dialogues such as Conditional Formatting and Data Validation?!

This looks great! Thanks for such a clear complete and yet concise reply!

Target: Thanks for your input too also

I have a invoice numbers which all have the format three letters followed by three digits (eg. WHS005).
If the data doesn't match this pattern it should be rejected.

Anyone got the answer?

I have never used Python but may have a look as this develops.

When prototyping games I have always laid out cards on a portrait page 3x3 as I then get 9 per page rather than 8. Just a thought!

I would dearly love to see a good card prototyping environment developed, and would even lend a hand if I could. I most recently looked at NanDeck, but was quickly turned off as it seemed rather clunky.
109

Living Room / Re: Micro Reviews of Board Games From a Non-Competetive Perspective

Keep looking though and you will find some modern boardgames that do suit you, and your playing group, then you'll be hooked!
110

General Software Discussion / Re: Dirpy is dead. What else is there?

Seems to be a Polish site, but Google Translate can help (unless your Polish is fluent).
112

I award Gothic and Mouser 6 points each!
114

I actually downloaded the Torrent released by Gnosis to see whether my account was in the decrypted information (it wasn't) but the brute forcing continues and it is said that over 200k accounts have now been cracked.

DuoSecurity have provided this widget which claims that my information has been compromised.

I do not use the same password on every site, so am not overly concerned, but am amazed that it took Gawker 3 days to email me about the issue!
115

How To Be Free by Tom Hodgkinson.
The Idler Shop | Amazon.co.uk 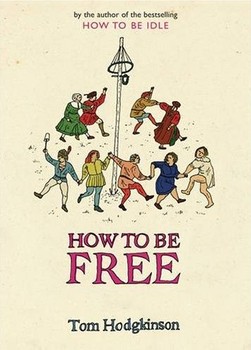 It made the middle ages sound very appealing compared to our current Western capitalist culture, and I'd like to read more about the European guilds system. Any one know a good book on the subject?
116

True - I added it to make a wish list of 5 items just incase I won the competition (I didn't!)

But thanks to your influence Deozaan I did succumb and bought a copy... however, although the transaction completed successfully the game hasn't appeared in my games list!!! Yikes - Steam is playing up on me!

Hope it sorts itself out

Some good games on offer, but I already have most of them, and the few I'd have gone for were not quite cheap enough to tip me over the edge.
118

Now it doesn't come on at all!

Now I find myself missing the flashing sequence of error lights

« on: November 23, 2010, 07:06 PM »
Well it may be pure coincidence, but the last batch of inks I bought were real cheapies of eBay. One of the blacks was burst, another didn't release any ink, until I picked a glob of glue out of the breather hole (at which point it emptied the entire contents in one go!), the other colours all seemed to work as well as any other inks... until the printhead error.

All that said, I used inks from PoundLand for a period until they stopped selling them, and never had any issue with those!

Anyone know a site that lists chipped and non-chipped printers?
120

I turned on the power today and was greeted with an ominous pattern of flashing LEDs. After searching out the service manual I discovered that "5 Orange flashes" means "Error with printhead".

Now I've spent several hours looking for someone selling Canon spares who will sell me a replacement, but the part is discontinued, and nobody has any stock left.

Why do I mourn the passing of this particular printer so much? Well, it is a good quality product, which has functioned faultlessly throughout its life, but more than that, it was the last printer that Canon made which used chip-free ink cartridges.

I am pretty much broke so can't afford to splash out, and am loathed to replace it with a cheap inferior product, especially any machine that will lock me into using chipped cartridges.

Can anyone suggest a good retailer / manufacturer / product that is worthy of investigation?
121

Living Room / Re: How to understand all the Intel chip types?

« on: September 16, 2010, 11:42 AM »
It's not quite as user friendly as it could be, but CPU benchmark is a useful guide to CPU processing power taken, I believe, from multiple benchmarks of real systems.

It will not, however, help much beyond that - ie. no info about compatibility, power usage, CPU features etc.
122

FARR Plugins and Aliases / Re: FCalc: how to do algebra or ratios?

« on: August 16, 2010, 11:29 AM »
Don't know the answer to your original question, but it ought to be possible to use the WolframAlpha computation engine, via FARR, to answer this sort of thing.

Perhaps someone cleverer than me can put a FARR alias / plugin together?
125

« on: August 16, 2010, 08:57 AM »
I played Space Ace and Dragon's Lair on my Amiga 500 and although they were tough they seemed a little more forgiving  (at least in the early stages) perhaps because you only had to press a direction on the joystick (or the fire button) rather than click a specific (small) area of the screen.

That said, in the Amiga versions, there was no explicit instruction as to which direction to move - you simply had to guess based on the action and layout of the room!