« on: December 20, 2009, 02:13 PM »
After more testing (with the help of mouser), it seems that the problem is not in FARR but in Internet Explorer (I have version 7, but since I never use it it is probably not updated). I was able to reproduce the problem even without running FARR (that is, repeatedly opening/closing the same Google Tasks page with internet explorer). I will update to IE8 and see what happens.

I tried using, instead of a plugin, an alias that does exactly the same (on the keyword "todo"):

Now, exactly the same thing happens: every time i use that keyword it displays my google tasks, but it eats up between 1 and 4 mb of memory, which are never released.
Right now FARR is using 100MB of memory, and I'm sure if i don't restart it it will grow much bigger in a few days.

So I guess the problem is in the htmlviewurl thingie. Maybe there's some allocated memory that isn't being released?

Maybe someone could try to reproduce this.
4

FARR Plugins and Aliases / FsubScript memory leak? (or: I suck at Javascript)

Here's my code (I basically copied it from another plugin)
It is intended to simply display my google tasks embedded in FARR when i type "todo":

Code: Javascript [Select]
Now, here's what's weird. Apparently the memory used to load the html is never released. Maybe this is normal, but I find it odd, because calling my "todo" plugin a few times makes the memory footprint of FARR become really high. In fact every call increases between 1 and 4 MB of memory used, and it seems that it is never released after that (only a tiny bit is released when i close the window). See this pic: 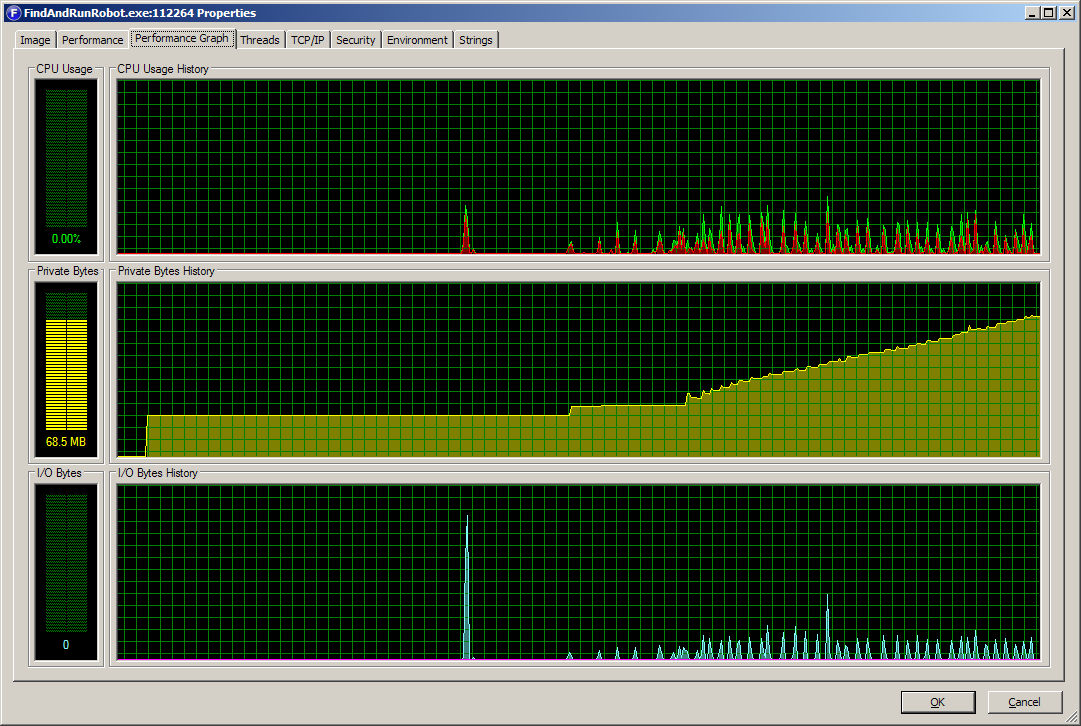 Each "jump" in the graph corresponds to me typing "todo", enter, and then closing FARR (to the background). See how it keeps increasing until i stop doing it (at which point it's using 68.4 MB). After a while, nothing changes: 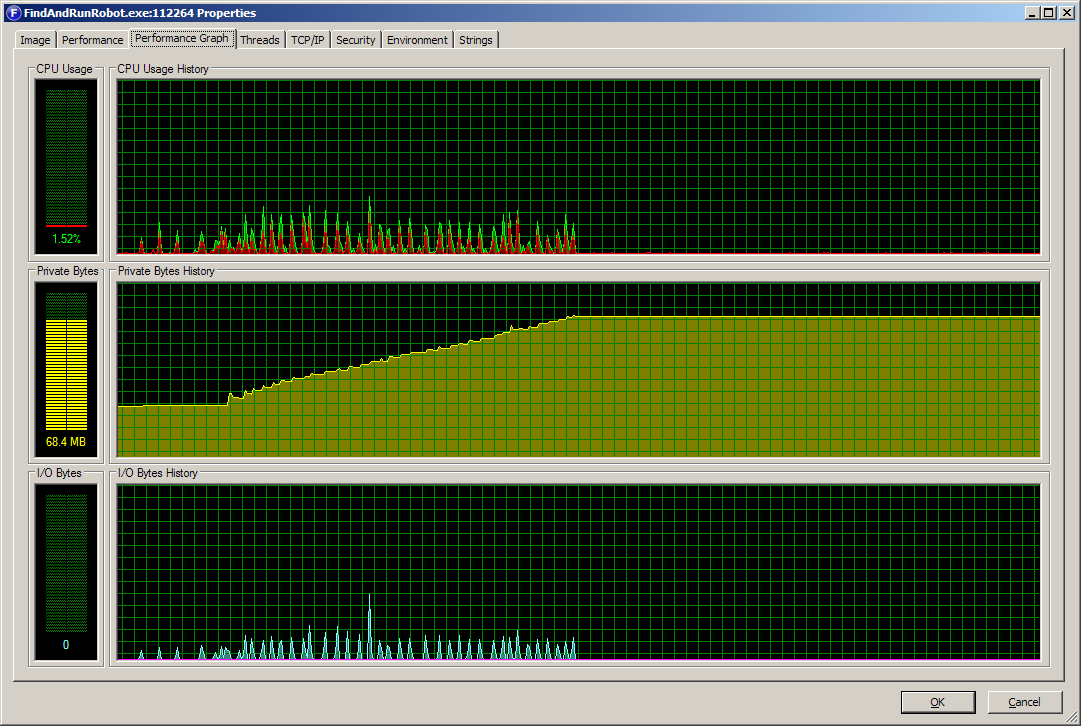 Any idea what's going wrong (or what am I doing wrong?)

Edit: In a previous post I stated that a "google calendar" plugin was doing this, but I was confused, I corrected it now. I'd appreciate any hints.
5

« on: December 13, 2009, 12:00 PM »
For those of you having problems with hibernate instead of suspend, I'd like to point out that you don't need nircmd to do this.
You can just create a new shortcut called "hibernate" and place it anywhere in the search path of FARR.
The command to be executed by the shortcut is the following:

For other options, you can create shortcuts like this:

« on: December 12, 2009, 11:11 PM »
There's something wrong with some characters. It's weird, accented characters work fine when translating, for example, to french, but it seems to have a problem with apostrophes ("L'elephant" becomes "l&#39éléphant"): 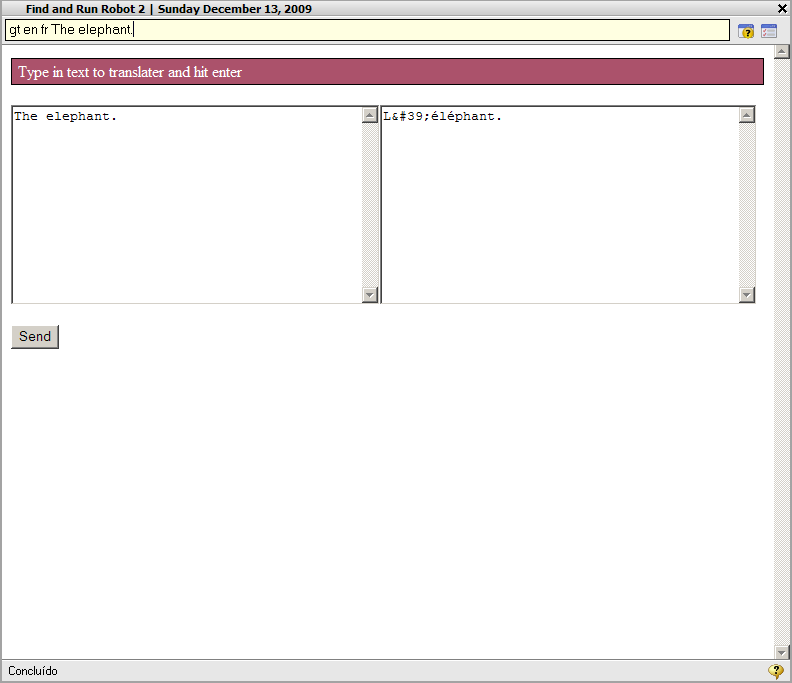 « on: December 12, 2009, 10:27 PM »
I've noticed something with the tray menu. It often happens that when i click on the tray icon to open the menu, the menu background is black (so you can't read anything, you just see the icons). I think this may be related to using custom background colors (i use light colors for the results list and the search box, but it seems to me that this problem started when I started using custom colors. Might as well be a coincidence, since I have only recently started using FARR (I'm running the latest version, 2.80.02.
Pages: [1]
view mobile/wap2 version of this page