Wildgem version 1.50 is a big update since the last version (1.32). For more information, see the previous thread on the topic here.

Wildgem is a free (beer), portable, and ultra sugary wrapper for Regex. It takes all the juicy bits from Regex, but makes writing expressions much simpler by providing unique and memorable symbols to replace the sometimes arcane and easily forgotten syntax from pure Regex. The program is great for people who don't want to get into Regex, but who find the usual find/replace feature in many text editors or programming languages too limiting. Nevertheless, Regex experts will still appreciate the colour coding, lightning speed, large input/output areas, realtime updating as you type, and the ability to still write pure regex.

It has been featured over at Ghacks, Trishtech and also on Donation Coder's very own Coding Snacks section.

In this v1.50 update are some big new features:

- First a MAJOR bug fix which prevented many people from using it. I falsely assumed that everyone had the Arial Unicode MS font when in reality, this font is only distributed with Excel 2013 (and earlier?). As a result, the special Wildgem symbols wouldn't appear. In v1.50, alternative fonts are used as a fall back.

- Second new feature is the new "Optional" symbol which emulates the useful '?' from Regex. This was a much needed addition to Wildgem and now more or less completes the basic Regex feature set.

- Third new feature is the Load and Save project functions so you can easily continue from your earlier expressions that you built and edit them.

- Finally, the best new feature is the "Multiple line functions" which allows you to express multiple regex/Wildgem commands in one sweep. This is much nicer than trying to cram a bunch of Regex into a single line/command.

As always, .NET 4.0 framework is needed. This should come with Windows 10 by default however and is otherwise a simple download for earlier versions of Windows.
2

Hi Twinbee, just an fyi:  I had OpalCalc in the system tray and when my laptop wok up this morning I got the following popup. 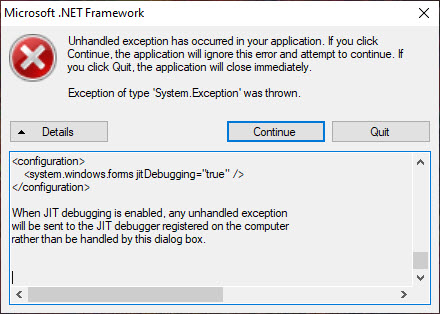 And a scrolling shot of the popup:

Hi kunkel321, do you still get the error. Can you reproduce it again, or was it just a one off?
3

« on: December 21, 2018, 12:08 PM »
Yep. The problem is there are so many potential files. I don't want them to all be filtered. Instead I just want a single entry (at least in the time span of say, a second's worth) for that particular file, or rather file pair, since it's a file acting upon another file.

Here's another example of duplication.
4

I am looking for a Filemon/Procmon type program which has better filtering and more importantly, allows you omit near-duplicate lines from being logged. There can be hundreds or thousands of these rows, and they really complicate trying to find other transactions.

For example, take a look at this image. I don't want to see Irfanview updating its .ini file 1 zillion times, specifying every single time it locks, queries, reads, writes, unlocks, or whatever else it apparently wants to do.

Process Monitor is apparently not up to the job, but maybe there's similar software which can perform this fundamental task?
5

« on: November 30, 2015, 02:59 PM »
Haha, that's a good start to my day ;( Thanks for the info anyway. I've never been fond of virus checkers such as Norton or Mcafee due to hogging system resources, and trigger-happy false positives like this certainly don't help

I presume you downloaded straight from my site. Is it the portable version you checked or the installation version? I looked at the checksum of the online version versus the very original installation exe on my hard drive and thankfully the checksums match so the site hasn't been hacked or anything.

I wonder if an earlier version of SunsetScreen exhibits the same problems: http://www.skytopia....Screen_SetupV100.exe

Perhaps you can try that one in a couple of the major checkers there and let me know what you find. In terms of keeping the virus checkers happy, it seems like a losing battle, since I'm guessing any updates I do, and I'll have to resubmit again.
6

I gave the option to minimize to a small size only as an option - it's not enforced. For example, you might be lacking screen space and so wish to stack other windows onto the desktop too.
7

Oh btw, do you use the non-Regex Wildgem syntax, or just the Regex syntax?
8

Remember what your most complex query was like? If you have any thoughts on how WildGem could be made even easier to use, let me know.
11

How much were you hoping for? If you really want to go over 2GB, then I could reprogram it a little so all replacements are done behind the scenes. That should theoretically allow 'unlimited' file sizes if you have a 64bit OS and enough memory.
12

« on: July 04, 2015, 05:41 AM »
Just to add something interesting I discovered. Find and replace is almost 10x faster in WildGem compared to Notepad++, at least for many use-cases.  I tried replacing tons of commas with a tab character in a 10MB file when I found that. Notepad++ took around a minute compare to 7 seconds in WildGem. I can imagine for 100MB or even 1GB files that this could be very useful to know. (make sure you turn 'Realtime' off in Wildgem for large operations like this).

It should preferably also display many columns of data at once (multiple lines on the graph), and allow you to set which column/s go under and beside the margins (for example, timestamps in the CSV). Colour coding the graph would be ideal, especially if it allows you to program in the rules about how it should be coloured (e.g: colour green if the maximum magnitude delta is under 5%, and blue if it's under 1% over say, a five minute window).

I'm not too interested in fancy 3D isometric views or ray-traced global illumination - functional above eye candy is preferred.

Free would be nice, but otherwise under say $50 if possible. Please say that such software exists so I don't have to create it

***Edit*** Oh just to add: I created a comparison of such software eight years ago, though each one had their own faults, and I'm sure some have advanced since then!
14

I've just released version 1.2 which has around half of the ideas you suggested. Let me know what you think, and if there's something you really still need, let me know.

By the way, the main thread is now located here, so perhaps a mod can close this thread now. Feel free to post in the new thread.

Since I created WildGem, I love to use Regex myself now (I use WildGem as a converter from WildGem syntax to Regex, since Regex is trickier to write). I even used Regex for the latest version of WildGem, so in a roundabout way, I'm using WildGem to help create WildGem!

Idea: What about a way to disable/hide replace and size the find and the textarea accordingly if all you want to do is build regex in your program for use elsewhere?

Nooooo, the special non-regex syntax is the best bit!

Seriously, would you personally find that useful? If so, I'll put it on the todo list!
22

Some errr, creative uses of the program I see too

« on: June 16, 2015, 01:19 PM »
Yeah, I expect a warning for the type of functionality this sort of program offers. But it's bad of Chrome to block it outright (and not even use the word 'possibly' as a prefix for malicious) without me being able to override its block. Maybe there's a way to make it 'appear' more safe to paranoid browsers like Chrome.
24

One thing you might have some info on though, Chrome complains when I try to download it: "select_copy.zip is malicious, and Chrome has blocked it.".
25

It takes the good bits from Regex, but makes the syntax simpler in a few ways. The program is great for people who don't want to get into Regex, but who find the usual find/replace feature in many text editors too limiting. More information on its advantages can be found in the link below, or in that thread from earlier.

For those who missed it, or who want a faster, non-glitchy, updated version of that beta edition, download the latest version 1.1 here: 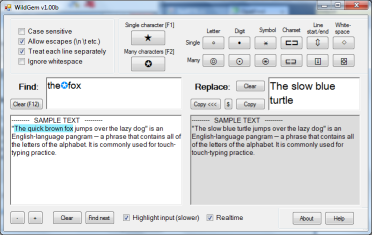 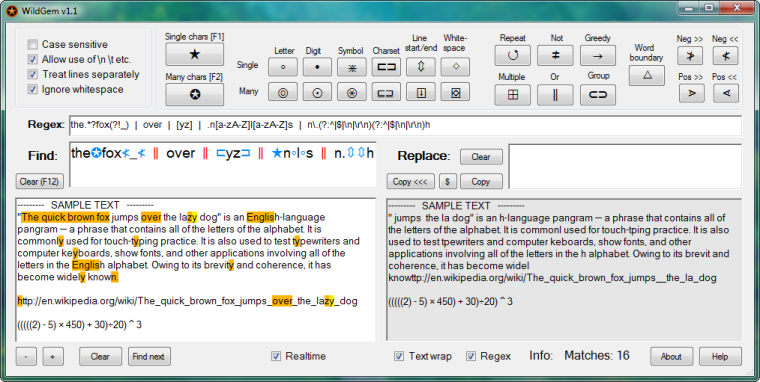