Found Deals and Discounts / Re: Migrate from USB Safely Remove to Zentimo for $8.90 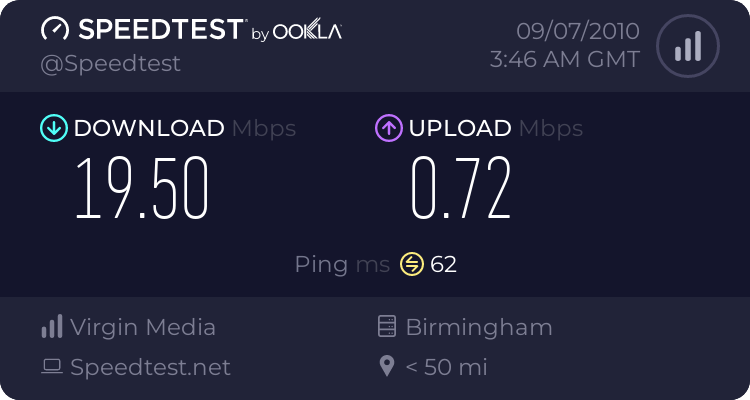 Pardon the slightly off topic question. What other choices are there to create a 'donate' button on a website but NOT using PayPal?
4

General Software Discussion / Re: Which archive software are we using in 2010 (and why)?

I feel so dirty for signing up for twitter just to get this. I have managed to stave off twitter, facebook, myspace, linkedin, etc until now. I should hunt you down and murder you for making feel this dirty lanux!

Another filthy one over here.

Is there a Twitter Grandpa club to at least feel a bit at home?

On the bad side, Kaspersky is awfully unfriendly to other AV and malware detecting applications. Here's a long list of applications Kaspersky claims are "incompatible" with it: http://support.kaspe...m/faq/?qid=208280128

The KAV installer detects all these products and uninstalls them (!) for you. Thankfully there is a prompt, but you cannot continue installing KAV as long as it detects any of the listed products. There is a procedure to skip the check, but it's not for the timid:
http://support.kaspe...nstall?qid=208280398
-tranglos (December 08, 2009, 12:05 PM)

That's one hell of an un!impressive list. What's got an AV to do with a firewall (Outpost in my case)?
7

Thanks for the info....I knew it was your fault

Avast provided me with some much needed exercise this morning by having me jump between rooms. 'The-one-that-has-to-be-obeyed' sits in another room with XP pro and Avast pro only to scream every 2 seconds. Even the FW update is a virus.

When a suspected malware is found, the user must be presented with a dialog that clearly describes:
-mouser (December 01, 2009, 10:55 AM)

that applies for FWs as well, anyway please tell me when it got there NOT when you found it because I know when, after all I'm sitting right in front of the computer.[/list]
8

It's an enormous and relatively stable 548kbs. I'm about to change ISPs but BT wants to force me to go with them. So a few more phone calls will be in order.

McAfee seems to have a few problems with their uploader, at least on Win7. (temporary and manually) suspend function doesn't work, so either cancel or leave it running and be content with the low browsing speed. Temporary suspend via CPU usage doesn't do a thing either, I set it down to 10% but it just keeps running.

This is of course my secondary backup but I find myself rather often in the situation that I need some files and there's a computer but it isn't my one, So the idea was to have access to that stuff from almost everywhere. That might have to do with my being very well disorganised but that's not going to change.
9

Screenshot Captor / Re: How do I capture the Add or Remove Programs list?

Screenshot Captor / Re: How do I capture the Add or Remove Programs list?

Carol Haynes thank you VERY MUCH!!!

To add to Carol's suggestion, Revo Uninstaller in either list or icon view gives you a neat screen shot as well.
14

Another benefit that Win7 users will love is that installation time has been drastically cut, as has boot time.
-zridling (August 05, 2009, 03:20 PM)

That had me almost fall of the chair. I first installed it on a few XP machines and was prepared for the typical 'go for lunch and come back in 2 hours routine'. Didn't do me that favour, it installed in a half hour and that despite it having to move up to 300GB of the XP installation.
15

Watches after my bike a bit too well, she doesn't let anyone have it, even me

Well I haven't got much to contribute on other threads at least I could try here.

You got the bow, we got the rain

That's Bangkok, in a month almost every street will look like this. Raining season, get the boats out

gotcha lol
No, the aspect I was considering was someone physically checking up your computer to see what liscences you have.
-tomos (April 16, 2009, 05:17 PM)

You're funnier then you think. I live and work in Thailand were even govt. offices run on cracked software. That's however something I hate. When I as a poorly paid individual can buy a license why can't the government?

We are somehow way off topic here

I dont think so - and wouldnt care if I was you

it's more if you're registered as self-employed or as a business -
then you can get checked up on (probably varies from country to country)
These days there's so much good cheap or free software I made a decision to stick to the rules - it's one less thing to worry about
-tomos (April 16, 2009, 06:18 AM)

In no way did I mean to imply that I care

I'm self employed, lecture at several universities and had of course (according to local law) to register that as a business. Confusing enough? Good

I know about free software and use it a lot, what interests me is the technology or whatever behind them checking if it's private or not. AlwaySync and some others do this by limiting the times you can use it in a given period of time but how about the others? BTW I bought GoodSync because AlwaySync, as good as it is, p****d me off.
22

Similar to that AlwaySync where the developers think that synchronizing once a day is too much for private use.

Really, I have no idea. I use my lapdogs at home and at the uni but use some 'free for private use' software. Am I commiting a crime

does anyone know of a reasonable anti-virus that's also free for commercial use ?

I'm presuming Comodo would be free that way, seeing as they dont have a paid version
Actually there's not much reference to Comodo anti-virus here (& most references are quite old now) - anyone got experience there?

I guess the best way would be to sign up here http://forums.comodo.com/help_for_comodo_antivirus-b86.0/ and read a little through the admittedly numerous posts.

Edit: My Tyyping skills are at their bestest at the moment.
24

Samer from freewaregenius.com did a comparison of "the best free antivirus" recently.. not sure if it was discussed here already but the interesting fact for me was that AVG managed to reduce the number of false positives significantly, very helpful when working with scripts and batch files..
-lanux128 (April 14, 2009, 07:46 AM)

Unfortunately a little too late. The false positives 'attacks' twice within 10 month made me give up on AVG and buy Avast. I still think that AVG is one of the best AV programmes out there but when it told me (after a regular update) that FARR is a a virus I gave up. For now it's Avast Pro, PC tools FW and Thread Fire. Naturally Thread Fire doesn't have problem with this FW but it does with many others.
25

A heuristic scan does the same, behaviour control. Thread fire seems to be one of the best when it comes to either block or ask if in doubt, depends on the settings. A bit scaremongering maybe. Jump at me as you please but I've read up on it and it looks to me like the same thing a heuristic scanner of a middle to upper class virus scanner does.
Pages: [1] 2 3 • next
view mobile/wap2 version of this page