I began to wonder if the devs had been 'got at' in some way, to make K-9 into just another me-too app that didn't attract users away from big-name and proprietary ones that paid to be in the store, something like that.  Not that I'm paranoid or anything.
2

I grabbed in from F-Droid just in time, then.  Thanks for the more comprehensive link.
3

Cue Frank Zappa: WATCH OUT WHERE THE HUSKIES GO AN' DON'T YOU EAT THAT YELLOW SNOW!

Thanks, grabbed a copy of the last one that will run on my old tablet.

I gave it a quick look, and it seemed about 9 to 1 against the new interface.  Seems no point in turning it into another me-too without distinguishing features.

Mine neither.  Worse still with the new UI that doesn't show what apps you've just updated, only the ones you haven't.  Hides apps that won't run on your device as if they didn't exist, doesn't keep old versions for older devices.  The app store search feature is hopeless too.  No way to sort the results by my sort of criteria that I can see, and often pushes irrelevant crap at you.  Just like Google.

Yeah, there's no longer an account list like in the old interface, if you hit back you exit.  To get to other accounts you have to go through the menu.

I wouldn't be, either.  I once played a bit with Pegasus Mail, and couldn't for the life of me see how to add a second account, until somebody pointed out a discreet little dropdown.  I much prefer TheBat!'s interface with all accounts in a tree.

One of the annoyances with Android is they demand you use the 'latest', regardless of whether it fits your needs best, and only put the latest on view.  Where did you actually find 5.6?

Don't know, but doubt it.  Google are very keen on their walled garden.

Had a look awhile ago for another email app but all the ones I could find went for the hiding multiple accounts under a menu and trying to get you to use a Unified inbox.
-4wd (July 29, 2021, 07:05 AM)

Does that go for Bluemail, that you mentioned before?  I tried it - not the new version - on one account only, so didn't see multi-account behaviour.  It's pretty, but I came across a comment that it saves your mail in its cloud, which I would much prefer to avoid.

Thanks for the heads-up.  I usually use my old tablet, which is Android 4.2.2, so that's not affected (minimum for current K-9 Mail is Android 5).  But I also saw it on a newer smartphone - and held off, because of the comments earlier in the thread.  Is this the 'interface' where backing out of one account to review the others exits the program completely?
8

General Software Discussion / Re: What are some good free CSV editor programs?

Some editors can deal with CSV files, e.g. EmuraSoft's EmEditor, but only the payware version of EmEditor, not the free one.
9

Do you know if that is also true of Win11 Pro and Enterprise, assuming they keep those versions?

Me too, though I'm not sure I'm brave enough to leave familiar applications programs behind and start over again with Linux.  On the other hand, I'm increasingly tired of Microsoft's behaviour.  I find a Windows 10 PC is laden with lots of Microsoft's lame applications that I don't use and didn't ask for.  My rule of thumb is that third-party software is always better, and if I want extra features, I'll go and look for them myself.  The latest bugbear was Microsoft News appearing on the task bar.  I thought it was a program in itself and couldn't find a way to remove it, eventually realising you had to turn it off.  But I didn't want it there in the first place.
I want a lean fast OS that doesn't get in the way or engage in surveillance.
11

« on: June 19, 2021, 05:17 PM »
Not quite what you asked for, but both FileSeek (Binary Fortress) and SearchMyFiles (Nir Sofer) are file finders that can display their results as HTML files, with the results being clickable links that will open in your default DOCX program.  SearchMyFiles is free; FileSeek has both free and payware versions.  You need the payware one to export as HTML, but it's only $15 for a lifetime (all future releases) license, there's a discount if you already own a license for another Binary Fortress software, and it's sometimes been on Bits du Jour.

Living Room / Re: swf to gif (or other usable format)

ScreenToGif's own home page is https://www.screentogif.com/ but it's the same version as MajorGeeks have.  There's also LICEcap.  Don't know about quality; it certainly has less features.

Or you could use any other screen recorder, e.g. mouser's Easy Screencast Recorder?  It doesn't appear to offer animated GIF as a target format, but other formats are available.
13

Living Room / Re: swf to gif (or other usable format)

Movavi Video Converter seems to say it can convert SWF to a few other formats, and they also have an online video converter.
14

« on: May 26, 2021, 03:23 PM »
This was a major update - there's currently a 50% discount for anyone owning a license for the previous version.  Being retired now, I'm not sure I'll even spring for that, especially as there's no cooperating with mobile apps.

One thing, though - they say they've much improved the web clipping system.  If you've tried that, what do you think of it?
15 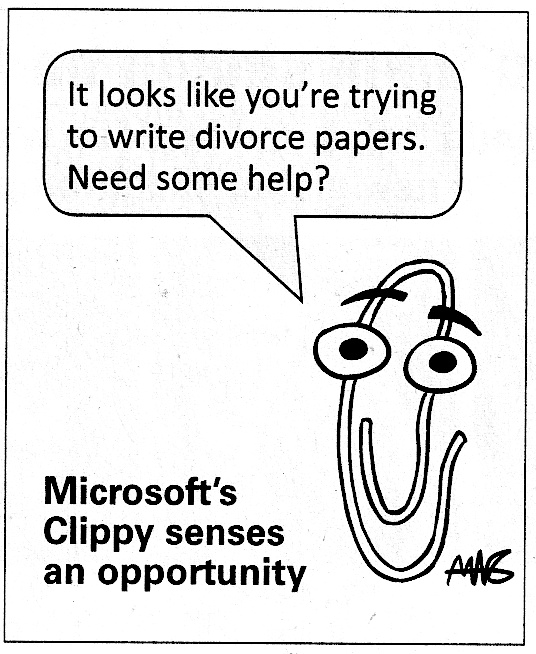 « on: May 01, 2021, 04:51 PM »
Horst Schaeffer's other launcher, the menu-based  PopSel, ships with a ready-made System submenu, see screenshot.  Qsel doesn't seem to have one, other than shutdown options (though it should be possible to add more).

Having mentioned it, I thought I'd better try out Start Menu X

It replaces the Windows Start Menu, though it lets you revert to that if you want to.  It's a lot nicer and more powerful than the Windows default, but it's, well, what did I expect, a Start Menu.  That means it points to the c:\Program Files\ and c:\Program Files (x86)\ subdirectory trees.  Some of my programs are installed in their own directories off c:, e.g. something like "c:\Programs\NoteTab 7\", and Start Menu X is  not as happy finding such as those.  I also have quite a few programs "installed" as if they were portable in subdirectories beneath "c:\NoInst\", and it can't find those at all (unless there's a way to add them I haven't found yet).  So, for a slightly different reason, I'm like you in needing more than one launcher.

In the course of testing, I found something I thought slightly odd, though it's Windows' fault, not Start Menu X's.  You know the Win+I Settings screen.  Start Menu X lists it as just that, Settings.  I was looking for it under the Windows Administrative Tools, Windows System, etc. menus.

In practice, I generally use PopSel for the programs I use most.  I have a few programs in Qsel menus, where I particularly want to group several programs together, though DC member skwire's Splat might be better for that.  Most other things I launch using Listary's "find and run" feature (I'm a big fan of Listary for other reasons too, mainly its ability to "steer" dialog boxes to where a file manager is pointing).  It also has keyword capability, so I can bring up the Listary box and type "blbi" to run BleachBit, for example, without further search.  It's a different way of working from menus, but one I like.  Mouser's "live search" program Find and Run Robot (FARR) with similar functionality is practically a religion on DonationCoder. 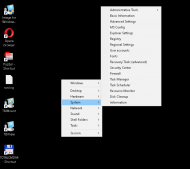 General Software Discussion / Re: Copy files to another folder when they appear

I'm impressed you found that, because with that name, I'd have assumed it was a changes tracker, not a program for actually copying.

What other ones did you try?  I would have suggested NewFileGo by joejoesoft, but haven't actually tried it out.
19

Start Menu X is a replacement of the system menu for professionals. Compatible with Windows 10.
Power users know how inconvenient and time-consuming it is to launch programs from the system menu.
We have created a solution for you!

One-click start
The PRO version allows you to assign a primary program to any folder and start it simply by clicking this folder.

Flexible configuration
Customize the menu to your taste! Change the structure and add tabs.

The Pro version is under $10.  The above is the blurb for Start Menu X, their latest version, but they also offer:

("Are you missing the Windows 7 Menu Classic?")

Which is exactly what you will be doing.  I don't understand why you're resistant to using a good general-purpose file manager, especially as there are plenty of good free ones.

Meanwhile, it took days for the name "Piky Basket" to bubble up.  Copywhiz, which is the new name for it, is the closest ready-made thing I can think of to what you want.  Viz.:

Automatically organize files based on their properties

Copywhiz for Windows lets you automatically copy files to an organized folder structure.

It can create the folder structure based on the file attributes such as file name, date, size, extension, type and also mp3 metadata (Album, Artist, Genre etc).

See their short video on that page.  It's payware, and not dirt cheap either, though it's been on discount at Bits du Jour a few times.  Also, I wonder if there's too much assembly required for ad hoc jobs.

Sarcasm and rudeness have no place on DonationCoder.  This isn't social media or Usenet.
21

« on: April 13, 2021, 03:54 PM »
@mouser, please will you consider adding a new dynamic sort, so that unchecked items are at the top, and as soon as you check one, it goes to the bottom of the list?  That way, if you're using it as a To-Do or shopping list, the outstanding items would show up very clearly.  Having different coloured backgrounds for checked/unchecked would help that too.
23

Or, try a third-party file manager.  I use the excellent Total Commander, payware, or start with one of the many free ones, e.g. FreeCommander, Double Commander, Multi Commander, Altap Salamander, Explorer++, Q-Dir, etc.
24

General Software Discussion / Re: List And Print Folders And Subfolders

If none of those, nor the FileListCreator that you mentioned, do an adequate job, then you may have to consider payware, e.g. Directory Lister by KRKsoft.
25

Living Room / Re: Gizmo's is saying farewell - leaving behind a huge legacy!