« on: November 26, 2021, 12:04 PM »
I've updated the original post with downloads and I reformatted it to more closely follow the submission template.
2

Description
I have been using mouser's Progress Bars of Life (PBOL) for many years as a good visual indicator for how much time I have left while doing game jams. I have also been nagging mouser to fix PBOL's docked mode (and weird precision issues) for years, to better suit my wants/needs for game jams.

But after years of not getting what I want from mouser, I finally went full Thanos. 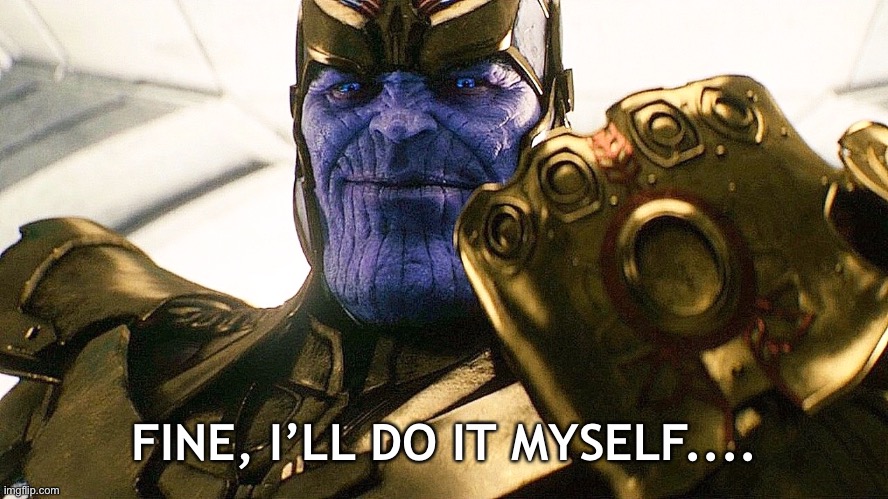 Planned Features
No other features planned

Uninstallation
It should be mostly "portable" so you can just delete the files wherever you unzipped it to, but it might write some logs to your user path under Deozaan/PB&J (or PBandJ).

« on: November 18, 2021, 05:00 PM »
Okay, so while this person does exploit glitches for their speedrun, that's not really what this one is about, but I think it's really cool and deserves to be shared anyway.

Over 1 year to create - this video combines 5162 attempts to speedrun Super Mario Bros. I recorded 193 hours of attempts (and practice) on an original 1985 Nintendo Entertainment System - then I wrote a custom computer program to process those videos and combine them via machine learning and conventional image processing techniques.

And here's the "behind the scenes" on how the video was made:

And finally, the technology built for the above video was used and adapted and built upon to combine all 275 speedruns from speedrun.com/smb1 that got a time of less than 5:00 into a single video.

I definitely would have failed if I had to use the given clues in subsequent guesses. And in my opinion, only being able to make 6 guesses and play once every 24 hours, I think that's too difficult of a restriction while keeping things fun. It would just make me feel frustrated.

But I am curious. Is it the same word for everyone every day? Those who have played it today, check the spoiler below to see how I did, and tell me if you got the same word: 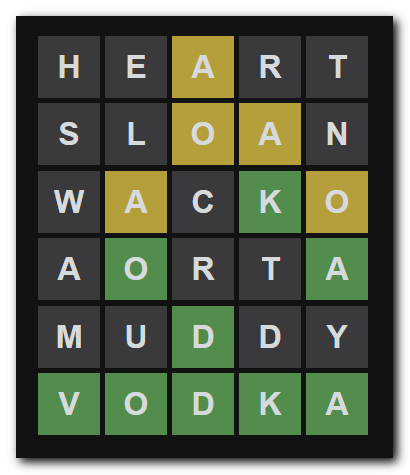 « on: November 18, 2021, 01:47 PM »
I haven't announced many of the Epic Games Store giveaways, but this week is a bit unique, so I figure it's worth mentioning. This week there are 3 freebies on Epic Games, including one called Kid A Mnesia Exhibition, which is an exploration of the art and music of Radiohead.

The other two freebies are more traditional games. One of them is a card game called Guild of Dungeoneering. And the other is a kind of platformer called Never Alone (Kisima Ingitchuna or Innitchuna... Not sure. The artwork appears to spell it "Innitchuna" but all the text descriptors spell it "Ingitchuna").

« on: November 16, 2021, 02:07 AM »
There have been a couple of similar posts on this subject already, see the one about beating Castlevania: Symphony of the Night with assembly code here (along with a couple other videos about Super Mario World) or the one about the race to conquer Mario Kart's Choco Mountain in seconds here, but I'm creating a more generic thread here which any future similar video (or article) can be posted to.

To start off the thread, here's a video of how speedrunners beat a trial version of The Legend of Zelda: Ocarina of Time which would automatically reset after 5 minutes had elapsed. The methods used in this one is similar to the above linked Castlevania video, where the speedrunner performs certain actions in the game to rewrite parts of system/game memory to get the desired result.

Super Smash Bros. Brawl contains a timed demo of Zelda: Ocarina of Time, with only 5 minutes of playtime. Defeating Ganon and beating the game sounds completely impossible in the demo! However, speedrunners have found a way. Here's how they did it.

How Speedrunners Beat the Brawl Ocarina of Time Demo

Living Room / Re: Youtube will hide dislike counts under all videos

« on: November 13, 2021, 09:25 PM »
It's the same old story. Petty tyrants who cannot abide dissent also can't abide the idea that others are aware that any dissent exists.

Take a look at the #1 top disliked video on YouTube (and see #6, too). Then consider how many other powerful and well-funded organizations have posted videos announcing some new program or policy that met with widespread disapproval from "the unwashed masses."
12

« on: November 12, 2021, 12:22 AM »
Yeah. Either way, I'm not in a big rush for the Deck. And this delay gives me more time to set aside the money for it. Especially because after I placed my pre-order, I basically blew my Deck budget on an Oculus Quest 2 + accessories.

It looks like I'm back to where I started. I'm pretty sure that when I placed my pre-order, it told me "after Q2" or maybe it just said Q3. But then after things settled it told me the ETA was Q2. So I'm still not really disappointed.
15

Android Apps / Re: Google sent me email today saying all my apps are removed from the store

Yeah, I've given up on the idea of publishing anything on Google Play. It's just too annoying having to constantly update and configure things to keep up with their ever-changing requirements.
-Deozaan (October 26, 2021, 10:18 PM)

This is why I've only recently-ish given up on Google Play, whereas publishing apps in Apple's walled garden was never an option for me.
17

I was thinking December and planning for it as my Christmas gift. And given the logistics nightmare we're in the middle of right now, I think April is optimistic if they have enough to scheudle it out until then. At least it will give an adequate time to see what kind of reviews it garners.
-wraith808 (October 26, 2021, 05:22 AM)

When I made my pre-order, it told me it would be arriving approx. Q3. So I wasn't expecting mine until at least July. And right now if you look, for new pre-orders it says they won't be arriving until after Q2, which sounds a lot like Q3 to me.

Obviously, Q2 could mean anything between April and June inclusive. A lot of it depends on how they're handling it. I don't know if they're just making a single batch as large as possible per quarter or if they've got factories working to construct these things around the clock as fast as possible with daily or weekly or monthly fulfillment. If it's the former, then yeah, I suppose I would expect it to be toward the end of the quarter. But if it's the latter, who knows when it will be?

But really, I think it's just my brain playing tricks on me. Even though there's still two full months left of this year, I have the feeling that the year is pretty much over already. So January feels "like next week" to me right now. And similarly, feeling like January is so close also makes April feel pretty close. And though it may be unlikely to receive a unit that "soon" it just feels not far off for me.

Maybe I'm just getting to be really old, and it is starting to feel like I'm watching the years whiz by. 😬
18

Android Apps / Re: Google sent me email today saying all my apps are removed from the store

« on: October 26, 2021, 10:18 PM »
Yeah, I've given up on the idea of publishing anything on Google Play. It's just too annoying having to constantly update and configure things to keep up with their ever-changing requirements.

Good luck on the re-approval process!
19

But that could be as soon as April, which doesn't seem very far away to me.
20

Yes. I kept a copy backed up just in case the link went down.
21

As I was in need of transferring a rather large file (about 400 GByte) from a remote location a problem was encountered. None of the computers I normally use for file transfer is able to cope with such a large file. So, I was tempted to try out croc to transfer the file directly to my workstation.

The remote computer is not a "weakling" by any stretch of imagination (16 GByte RAM, 3 year old Intel Xeon CPU, fast drive), but waiting 7+ hours now for a code to be generated by croc (to actually start the transfer) is rather long. Even when the file is about 400 GByte.
-Shades (October 19, 2021, 10:11 PM)

It sounds like it uploads the file to the proxy before generating the code.

If both PCs are running Windows, I would still recommend an older version (1.x) of BitTorrent Sync (BT Sync) for transferring large files. It's direct peer-2-peer with no intermediary server, and does it in little parts using BitTorrent. So transfers can start almost immediately and if the connection gets interrupted partway through, it can resume without issue once the connection is re-established.
22

They just released a video greatly discouraging disassembling the Deck, while showing how to do it as safely as possible.