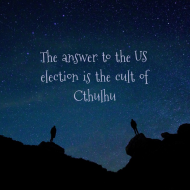 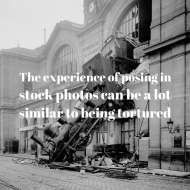 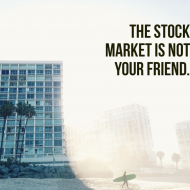 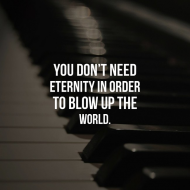 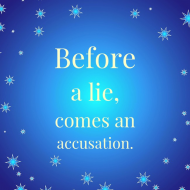 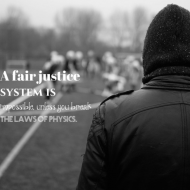 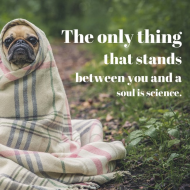 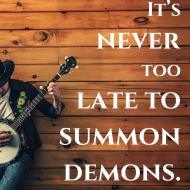 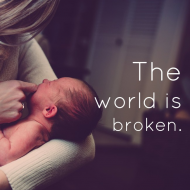 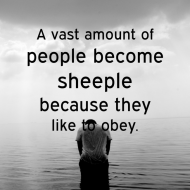 Ordered at the very tail end of 2019, booted up for the first time, January 2020. That's 1.5 years of use before Microsoft decided that it's "obsolete".

That's ok though, because I now think Windows in general has come to its end of life, for me, even if it could be installed on this laptop. My next laptop will come with some sort of Linux pre-installed, not Windows. (How's ReactOS coming along, btw?)
5

"Windows 11 is Microsoft's kiss and make up gift basket to manufacturers for Windows 10. They want the Google Chromebook "5 years and dead" Model and were pissed that MS gave Windows 10 away for free to anyone on 7 or 8 and kept the Minimum requirements so low. Everybody upgraded, no one bought new computers and cue the PC recession.

And having an older laptop with higher hardware specs than most of the brand new crap available on the current market won't save your ass from obsolescence, any more.

My 2.90GHz quad core CPU doesn't qualify, even though it meets the minimum requirements of 1 GHz and at least 2 cores, simply because it's not on their list, by name.

There's no more reason to spend more to buy the best spec laptop available, in the hopes of lengthening the time between laptop purchases. Microsoft can and will kick one of your hardware components off their list, even if it is physically more than capable of running their OS, just to force you to buy a new laptop.

Save your money, buy mediocre...or make sure your kick-ass hardware is 100% Linux compatible.
6 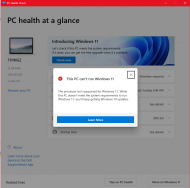 And for anyone else that is wondering exactly what those system requirements are, and if there are some very simple changes you can make to put yourself in the "not qualified" category, Have a look at this:

Not that I actually did anything to deliberately cause the incompatibility. Microsoft just doesn't like my i7-4910MQ CPU @ 2.90GHz for some reason. And that's ok with me, at least for now.
7

« on: April 20, 2021, 03:41 PM »
Notezilla has an advantage you may not have considered, and that is a custom desktop wallpaper designed to suit your own personal organization, workflow, or brainstorming needs.

This is an example of what I am currently using (sticky notes hidden for privacy reasons):

No, it doesn't come with this wallpaper, but it is easy enough to design one in any graphics program. Then just set it as your desktop wallpaper, and you'll be able to drag & drop notes to any column or box that you need to.
9

You should first start here, to see if these instructions can solve your problem. If not, then keep reading.

My issue turned out to be a driver issue. Intel no longer supports the Bluetooth that's in my laptop, and won't issue updated drivers for it. The current drivers don't seem to work well with the latest Win10, and the power management settings seem to get ignored.

Before you go looking for another solution, though, try seeing if there is a driver update available for your existing Bluetooth hardware, first. If you are lucky, there will be one, and it will make your life much easier.

The app I was using was a very old freeware app that I found quite a few years ago on one of the Rutgers University subsites, but is no longer available there. I have attached it to this post.

For me, it was OK as a temporary work around, but not as a good long term solution, since I could actually hear the sound it generated, unless I went into Windows sound settings and turned the volume almost to mute, for just this app. It still created a bit of distortion, but not so bad that I couldn't live with it, temporarily.

As a long term solution to my Bluetooth issues, that works perfectly, I ended up buying this Bluetooth 5 dongle. (There's currently a coupon available, worth 30% off. Be sure to check the page for it)

I've been watching a lot of LockPickingLawyer's videos on picking various locks. But today's video was a doozy!
-Deozaan (April 02, 2021, 01:29 AM)

Once upon a time, way back before Learnable focused solely on web development (and later became SitePoint Premium), and allowed anyone that had a video course on just about any topic to offer it for sale on their platform, there was a competitive lock picker that uploaded a course on basic lock picking. A copy of this course is still on SitePoint's servers, and occasionally gets shared to our slack channel, so that we never forget this guy. We often wish that web developers could make their video courses with the same level of enthusiasm as him.

He eventually uploaded the full course to Youtube, so the whole world is now able to enjoy it, for free.

« on: March 18, 2021, 01:59 PM »
Probably more reliable than the actual USPS. It's a crowd sourced subscription based service. You have to put a can of cat food outside your door every day, even if you aren't expecting a delivery. 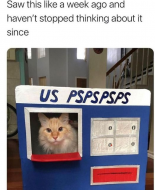 It should hide your Taskbar unless you press the Windows key.

That one keeps an autohiding Taskbar from accidentally appearing if you hover a bit too close to it.
15


It's not just a solution, it's also a nice, inexpensive upgrade to BT 5.0.

It seems to have a slightly shorter range than my built-in Bluetooth, though, so my headphones start cutting out on the far side of my kitchen. I can't listen to music while cleaning my bathroom or making a sandwich. But it will do for now, since it lets me use my Bluetooth mouse without any problems. 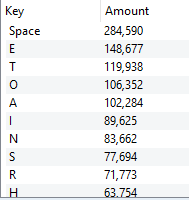 No problem, I was just wondering since you have movies that are original + sequel/s and it's always a lot easier to pick them out and watch in order when they're sorted alphabetically.
-4wd (January 01, 2021, 07:28 PM)

But there is also the very real possibility that the original and/or sequel(s) won't be available in 6 months.
20

As opposed to the stuff you get at an ice cream parlor, where you usually never have any idea how many calories it has, ever.
21

Not entirely sure if that will be possible, or desirable.

Current default sort is chronological, based on when the movie was added to the site, so most recent will be shown first.

The older a listing is, the higher the chance for dead source links, so that potential increases the deeper down the list you browse, under the current sort order.

I'd rather the freshest stuff that you can actually watch, remaining at the top, where you'll see it first, rather than dragging up the oldest and possibly least watchable stuff, based on an alphabetical sort.

FYI: Everything gets added manually, based on what I happen to find, and that requires me to do a few searches to get the source links. The entries and list of source links are not automated. There are some aspects that can be partially automated (title, year, featured image, description), but only for movies that I have personally watched. I am also relying on visitors to notify me when all source links go dead, so I can remove/replace them when needed.

Not really, since they are limiting their site to only those movies they can find on Archive.org and Wikimedia, that are in the public domain. (mostly very old movies)

I get around those kinds of limitations by being the signpost that points the way to more of the sites that are hosting the movies, not just 2 sites That drastically increases the number of movies I can offer, and allows me to offer much more recently made stuff (not just really old movies), by pointing to the sites that have already paid the licensing fees to show them.

But thank you for mentioning them, since I will probably add them as a source for the movies they do carry, if/when the same movies are added to my listings.
22

"Tubi is the largest free movie and TV streaming service in the US. We are not available in Europe due to changes in EU laws."

If you have access to a VPN with a US or Canadian IP address, you may have different results.

However, disabling the setting shown in the image worked out well for my situation. Likely you (app103) have tried that setting already, but it might help others.

Come to think of it, you should disable the power saving feature from your (wired) network card too. Works exactly the same as shown in the image.
-Shades (December 19, 2020, 12:42 AM)

Yup, been there, done that, and it didn't help. Since this laptop is never used on battery power, I don't really care about power saving, so I disabled that in anything where I found the option to do so. But this update removed that option for my mouse, headphones, and some other items, and now I can only do it for whatever is above that in the Bluetooth food chain. The individual peripherals no longer have a power management tab.
24

Since early September. But adding movies was much slower back then, because I limited it to only those movies that I have actually watched. But I am good at finding free stuff, and that includes heaps that I personally have no use for, so also including movies I haven't watched (and probably won't), seemed like a better idea. As of right now, there's 347 movies listed.

Nope, just me and my love for free stuff & movies.

I had an old Pentium I computer with a combo modem/soundcard that had issues staying connected to the internet when a system sound played (system would lock up just long enough to kick me offline), unless there was sound continuously flowing through the soundcard at all times. This meant playing music all the time, and usually keeping the speakers turned off if I didn't want to hear it, till I came across a small app capable of playing continuous low frequency tones that my cheap speakers were unable to produce. (25 Hz did the trick)

Flash forward to a couple of days ago, when a screwy Windows feature update, which I am unable to uninstall, messed up my bluetooth, so that no matter how I have the hardware settings configured, it turns Bluetooth off (to save power) when it thinks it is not in use. This is very BAD for a bluetooth mouse. I reported here about this issue in this thread, and was avoiding reinstalling that update for as long as possible, but Microsoft managed to automatically cram it down my throat when I recently rebooted my machine, despite having updates paused till some time in January.

BUT I noticed it doesn't cut off my mouse if I have sound playing through my bluetooth headphones. So, I am back to using that very old app, to generate a continuous 10 Hz tone, just so I can use my mouse. 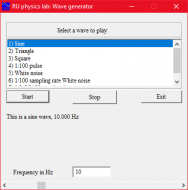 I had to use the system volume mixer to set the volume of this app at a very low level, since my bluetooth headphones are capable of producing audible sound generated from this app, at even the lowest (10 Hz) setting.
Pages: [1] 2 3 4 5 6 ... 229 • next
view mobile/wap2 version of this page