It's so wonderful to hear from you and see your "face".  Twiggles and Cobbe will always have a place in my heart.
I'd love to hear more of what you are up to if you feel like telling, if not that's ok too

Well I haven't completely written off the idea of the little buggers making a comeback, if my workload were ever to ease up. The main thing that changed for me was a bit of a jump in how busy my company became: it's very hard to turn down good work, and by the end of a long day I'm not feeling very humorous - if I wrote the strip after some days I've had recently it would be a bit too pithy I think

I'm still doing a lot of coding, mainly Java, C# and Delphi although I had to dust of my assembly skills recently to update some very old graphics stuff I wrote back when performance had to be found by design rather than by plugging in a new GeForce Titan

« on: March 08, 2015, 06:37 PM »
Hi there! Yes it sure has been a long time. In my case it was simply real life taking over everything a bit too much, and by some point I was so far out of the habit of posting that it never really occurred to me any more.

I would like to echo what seems to be a unanimous sentiment, that DC is a THE place to find great people, great utilities and a very supportive and helpful community.

Congratulations on the 10 year anniversary. The old place looks in good shape! I'll have to do some catching up.

General Software Discussion / Re: Software that sounded useful, so you bought it, but then...

« on: January 08, 2013, 03:33 PM »
Don't get me started on Nuance! They do a lot of cold-calling if you're dumb enough to provide a phone number when you register anything with them. I had to get quite impolite before they took me off the list.

General Software Discussion / Re: Software that sounded useful, so you bought it, but then...

General Software Discussion / Software that sounded useful, so you bought it, but then...

This is not necessarily a reflection on the quality of the product (although that is often a factor) but somehow it just doesn't "click" for me. Or maybe I'm just dumb and don't use it right - I'm sure the author of at least one such product would be delighted to agree with that statement

Does anyone else suffer from that problem? Not sure whether to share the list or not, as I don't want to dissuade you all about products that just don't come together from my point of view.
6 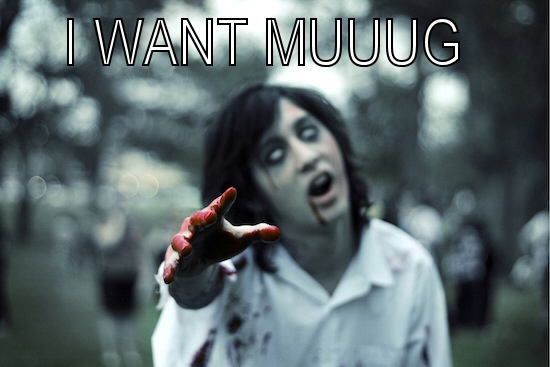 Living Room / Re: The Rant Thread!

TV ads that involve banjo music, or whistling. There's some ad agency out there that believes "family-ish" ads must be scored with one or the other.

In fact, if it adds to 6, then you can remove 8,7,6 and very quickly after that the solution appears. Puzzles with very low (<9) or very high (>19) totals are much easier

So we can safely remove "0" from all three cells across the top. Which means that we cannot make a "9" any more using the 8, because it would need 1 and 0. So the 8 too can be removed from the top line.

Work your way through the clues in this fashion and the puzzle slowly solves itself.
10

Just solved my second puzzle.  I like this game. Like most of timns's games, it takes me a couple tries to figure out how to play it, but they are exceedingly clever.

Thank you for the kind comments, as ever! Like most of my software, documentation and help is a bit light on the ground

This idea is lifted from a really old puzzle book I have where they're called "magic squares".

They sure do lend themselves to being ported to a computer version of course. Once I figured out how to remove every piece of information except the bare minimum that is!

But the algorithm IS mine: it was quite pleasing to figure out and code - about 600 lines of java, which  could be generalised easily enough to provide an "engine" for many variants.

I have no doubt at all that there are other versions of this puzzle to play on the PC, although I have not seen one.

I've made a note of your comments, and I'll do an update accordingly

I've got a site
That I think you would like
It's got RSS
And YouTube links,
And things to make it look good
I'd show it to you if I could
But someone hacked it

You're the kind of forum that fixes my boredom,
I can post about anything
Everything if you want thing

I wrote an app
It's a little bit crap
I might as well be blunt
It's kind of drab
I'd put it off for months.
But if you ignore all the bugs,
Then I win a mug

DC has a suite of wonderful wares
Made with flair,
Debonair,
Lots of free software
Take a couple by all means, mate:
But please donate

DC has a room full of software reviews
Some neutral
Some brtual
Most of them are useful
Let's go into the forum now and have a look!
12

To play, you need to keep removing numbers from each cell until only one remains. To infer which numbers to remove, use the rules down the side, and also the totals shown at the right and bottom. This information is everything you need to solve whcih numbers belong in which cell, without guesswork.
13

Living Room / Re: With apologies to John, Paul, Ringo and that other bloke

Living Room / With apologies to John, Paul, Ringo and that other bloke

Yesterday, all my troubles seemed so far away
But now my files are all in disarray
Oh, I wish I backed-up yesterday

Suddenly, I could really use an un-delete,
My folders all seem incomplete,
Oh, catastrophe came suddenly

Why they had to go I don't know, they're all astray
I clicked something wrong, now my bits are like puree...hey hey hey...

Yesterday, I downloaded a free game to play
Now my computer has Trojan/A
I've paid the price for my naivete

Why I stole the game, it's the same, same old cliche,
I wanted new software, but was too mean, to want to pay

Now today, I got a call from the CIA
they say they want to put me away,
'scuse me folks, I'm incommunique
Hmm mm mmm mmm mmmmmm
15

...except when you're in public?

You knew I couldn't resist another NANY

- it's lured me out of the woodwork at last.

Living Room / Re: Any DCer's in Seattle?

It was very nice thanks - in fact I've been twice recently and need to go back again at the end of November. I think I've covered quite a few of the items on your list by now

and found some pretty nice restaurants to boot. In particular "Toulouse Petit" deserves a mention.
20

great to hear. Anything else you'd like to see?
22

You should see 4 colour entries - see what they are, and you can probably replace them with the following to get something usable:

That's white popup with black text, but then the selected replacement is white text on purple-ish background

Every time I restart my PC, it resets the colors used for the popup text tips - and it resets them to black text, black background! For both selected and unselected. So if I forget to change it, I get little black boxes popping up as I type.

I've tried setting the values, exiting out of Auspex & re-running it, but the result is the same - black on black popups.

Not sure where it stores these settings, why it is forgetting them or why it is using default values that make the popups useless. I'm just hoping I can get away form having to reset the colors every time I reboot.
-Jimdoria (May 10, 2012, 09:19 AM)

That'll be Auspex unable to save its colors to disk for some reason. Can you try 'run as administrator' to see if that solves the issue?

The default color combo should be black text on white, so it's very odd that you get black on black in any case. I'll change the defaults slightly and do a new release on the weekend.
25